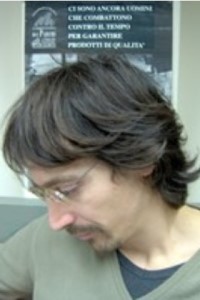 Dr Bertea’s research interests lie in the fields of jurisprudence, political philosophy and theory of legal reasoning. His work argues that the law is best understood as a collaborative enterprise and thus a project shared (and shaped) by a multitude of legal officials and citizens alike. His research projects, which have consistently been funded by external bodies under prestigious schemes, are concerned with two main issues: judicial reasoning and legal normativity, namely, the law’s ambition to provide its addressees with practical guidance and justification, thereby proffering distinctive reasons for action. The fundamental claim unifying Dr Bertea’s research agenda consists in showing that these two aspects—reasoning in law and legal normativity—are closely related and conceptually inseparable. This statement, in turn, forces one to revise the concepts of law and legal authority: the law and legal authority are not a one-way projection of the will of those in power, as many lay persons and legal philosophers (especially those of positivist orientation) think.

The output of Dr Bertea’s research work has been published in the form of monographs (the most recent of which is entitled A Theory of Legal Obligation – Cambridge University Press, November 2019), articles in academic journals and contributions to edited collections. Dr Bertea projects have also impacted on the research environment and shaped the research priorities of the institutions he worked for, where he organized several international conferences, workshops and interdisciplinary discussion groups to debate issues in legal theory. Dr. Bertea has also been invited to contribute to over 60 national and international workshops, seminars, and conferences held around the world.

During the IAS fellowship, Dr Bertea will work together with professor Deryck Beyleveld (Durham Law School) at a project aimed at establishing what legal obligation is and, related to this, what the law as a distinct obligation-generating institution that intersects with, but is irreducible to, morality and social conventions is.