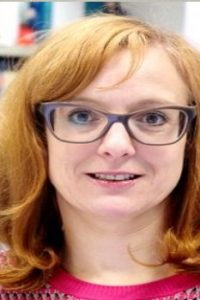 Margit Fauser is a sociologist specialized in migration and border studies, citizenship studies, transnationalization, work, and social inequalities. She holds a PhD (with distinction, 2009) from Bielefeld University and was awarded the venia legendi (habilitation) in Sociology from that university in 2020. She was professor of Migration at Darmstadt Hochschule University of Applied Sciences and has now joined Ruhr-University Bochum as a chair of Sociology in March 2022.

Her articles appeared in prestigious international peer-reviewed journals such as the Journal of Ethnic and Migration Studies, Population, Space and Place and the Journal of Borderlands Studies, among others. Her recent publications include the monograph Mobile Citizenship (Routledge 2020) and a co-edited volume titled Migrations and Border Processes: Politics and practices of belonging and exclusion form the 19th to the 21st century (Routledge 2021, Reprint of a Special Issue of JBS). She is also co-author of an introductory monograph on Transnational Migration that has been translated into several languages (English original, German, Swedish and Korean translations).

Professor Fauser is a member of the board and coordinator of the Research Network 35 “Sociology of Migration” within the European Sociological Association and member of the advisory board of the journal Revue Europeénne de Migrations Internationals (REMI) and the scientific board of the Centre for German and European Studies at State University of Saint Petersburg in Russia. She was a visiting scholar at the CIDOB in Barcelona and the Instituto Ortega y Gasset in Madrid as well as at Augustana College in the US and has taught students in Saint Petersburg, Istanbul and Madrid, in addition to several German universities.

She currently directs a research project funded by the German Research Foundation that investigates the emergence of urban border spaces in Europe. This research posits the relevance of borders beyond their consideration as the delimitation of state territory and explores how migrants encounter both territorial and social borders within cities. Looking into the fields of health, work and family one key question is how migrants can organize their health access, and thus to understand the ways in which this access is stratified by legal status as well as hindered by other barriers and how deportation and deportability of various categories of non-citizens plays into this. Other questions concern the field of work where border encounters emerge from city actors, including the local immigration authorities in visa application processes for example, or the labour administration and placement offices. Conceptualizing the border as a space of negotiation the project pays attention to street-level workers’ practices and meaning-making in their encounters with the migrant and the subsequent evaluation of their stories and their paperwork, based on in-depth interviews with workers at the bureaucracy, welfare agencies, NGOs, voluntary associations and other organisations as well as with migrant subjects.

It is around this research that she will also collaborate with Dr Elisabeth Kirtsoglou and Dr Olga Demetriou at the IAS in their project on the “Politics of Credibility”. During her stay Professor Fauser will participate in the discussion of the main findings of the credibility-project with the research team and in their dissemination through a workshop with academic and non-academic stakeholders. She will assist in the planning of follow-up initiatives, including a new research proposal that extends this research and the establishment of a Durham and international network for the study of credibility in asylum contexts. Not least, jointly with her Durham collaborators she will deliver an Anthropology/DGSi academic seminar to staff, post-doc, PhD and Masters students.