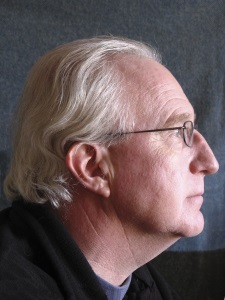 Professor Spickard is author or editor of twenty books and ninety-odd articles on race, migration, membership, and related topics in the United States, the Pacific, Northeast Asia, and Europe, including: Shape Shifters: Journeys across Terrains of Race and Identity (2020), Red and Yellow, Black and Brown: Decentering Whiteness in Mixed Race Studies (2017), Race in Mind: Critical Essays (2015); Global Mixed Race (2014); Multiple Identities: Migrants, Ethnicity, and Membership (2013); Almost All Aliens: Immigration, Race and Colonialism in American History and Identity (2007); Is Lighter Better? Skin-Tone Discrimination among Asian Americans (2007); Race and Nation: Ethnic Systems in the Modern World (2005); Racial Thinking in the United States (2004); and Mixed Blood: Intermarriage and Ethnic Identity in 20th-Century America (1989).

Professor Spickard is the recipient of three lifetime achievement awards: the Loving Prize from the Mixed Roots Film and Literary Festival (2011) for advocacy and scholarship on mixed race identity; the Richard A. Yarborough Mentoring Award from the Minority Scholars Committee of the American Studies Association (2013); and the Robert Perry Mentoring Award from the National Association for Ethnic Studies (2016), the latter two for mentoring junior faculty and graduate students of color.  He has won the Outstanding Book Award from the Gustavus Myers Center for the Study of Human Rights (1990) and the INDIEFAB Silver Book of the Year Award (2016) and twenty-one teaching awards.

During his tenure at IAS Durham, Professor Spickard looks forward to interacting with the Anthropology Department’s Professor Yulia Egorova, her colleagues, and her students with regard to issues of race, religion, and identity.  At Durham he will be working on Changing Race: Morphing Identities in History, a study—in many different centuries and different parts of the world—of people who began their lives in one racial or ethnic identity and who ended up in another.  Hanni grew up in Colombia, of Indigenous, Black, and Lebanese ancestry.  She lives in California today.  In Colombia she is White; in the United States she is Latina.  Her identity is different in different contexts.  W.E.B. Du Bois had both White and Black ancestry, and he had racial options, but he chose to be Black.  Sometimes an outside agency—a government, a social institution—enforces a change.  In the ninth century, the Khazar Kingdom converted en masse to Judaism at the behest of their king.  None of these is an instance of racial imposture—of a person who is really X pretending to be Y.  It is just how their identities worked out in fluid circumstances.  Changing Race will explore the circumstances, the processes, and the outcomes of such racial transformations.