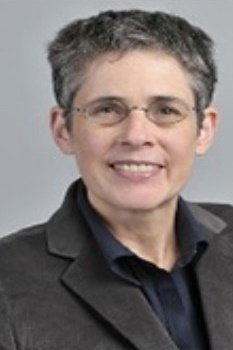 Professor Jacqueline Stevens conducts research on political theories and practices of membership since antiquity.  The Guggenheim Foundation in 2013 recognized her accomplishments with a fellowship award.   Her current studies of deportation law enforcement engage European fantasies of conquest in the 12th to 17th centuries as well as the quotidian of government documents revealing contemporary illegalities, including practices resulting in the unlawful deportation of United States citizens from the United States.  Her research on deportations has been the basis of successful lawsuits challenging misconduct of government officials and for-profit prisons, including a 2021 jury verdict finding the GEO Group guilty of violating the Washington state minimum wage act.

Professor Stevens’ work has appeared in Political Theory, the American Political Science Review, the Journal of Political Philosophy, Social Text, Third World Quarterly, and many other scholarly and popular venues, including the New York Times.  Her research on ICE and private prison misconduct has been covered by numerous media outlets, including the New Yorker, New York Times, NPR, and CNN.

She received her PhD in political science from the University of California at Berkeley in 1993 and graduated Phi Beta Kappa and with highest honors from Smith College.

In 2012 Stevens established the country’s first “research clinic.” The Deportation Research Clinic supervises undergraduate and graduate students interested in scholarship that advances forensic intelligence, that is, knowledge distributed in public forums to dialectically advance law and thwart injustice. The Clinic has filed hundreds of requests under the Freedom of Information Act and successfully litigated over 30 requests in federal court. Stevens received her PhD in political science from the University of California at Berkeley in 1993 and graduated Phi Beta Kappa and with highest honors from Smith College.  In 2020, Stevens co-convened the Declaration of Citizenship project with Professor Olga Demetriou.