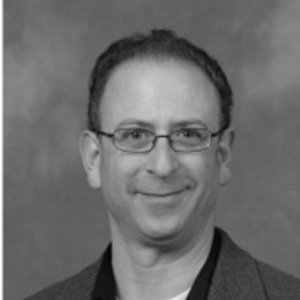 David Sutton is Professor of Anthropology at Southern Illinois University, Carbondale, where he has taught since 1999. He received his PhD in Anthropology from the University of Chicago in 1995 for his research on historical consciousness and everyday life on the Greek island of Kalymnos in the Eastern Aegean. Subsequently he spent 3 years at St Peter’s College, Oxford, on the Democracy 2500 Fellowship in Aegean Studies, and a year as Faculty-in-Residence at the University of New Hampshire, before receiving his current post at SIU. He became full professor in 2012.

Professor Sutton has continued to develop his research primarily on the island of Kalymnos, where he conducted 2 years of fieldwork in the early 1990s, and where he returns on a yearly basis. His initial work on historical consciousness was published as Memories Cast in Stone: The Relevance of the Past in Everyday Life (Berg Publishers). Much of his subsequent research has focused on the culture of food on Kalymnos and in Greece more generally. In 2001, he published Remembrances of Repasts: An Anthropology of Food and Memory (Berg Publishers), and has been a leader in the field of the anthropological study of embodied memory. This book shows the socially embedded nature of memory in food practices from memorial service rituals to generosity to neighbors and strangers. It also explores the role of sensory experience in making food memorable, a topic that has been the source of continued research. Subsequent work focused on viewing social change through the lens of everyday cooking practices. Here he employed innovative video ethnography to allow for explorations of tool use, oral and written recipes, food television, and the kitchen as a socio-sensory-material environment in which key aspects of everyday life play out. This research was published by University of California Press in 2014 as Secrets from the Greek Kitchen: Cooking, Skill and Everyday Life on an Aegean Island, as well as in leading anthropology journals and readers in food studies.

During his stay at Durham, Professor Sutton will be continuing a recent project that has grown out of his interest in the diverse meanings of food in Greece. This project considers how food discourses and food practices have been mobilized to address social insecurities created by the Greek crisis and subsequent EU-imposed austerity programs. It looks at the imposition of neoliberal ideologies which emphasize individualism and a disembedded view of economic practices from social life in relation to the embedding practices surrounding food in Greece. His project examines the role of practices such as food sharing, solidarity networks, collective cooking and alternate currencies and the “suspended coffee movement,” as well as the role of food as symbol in social protests and in discourses of blame and responsibility for the crisis. In collaboration with Professor Elisabeth Kirtsoglou at Durham University, he hopes to also extend this work to understanding the impact of the refugee crisis on top of the economic crisis in Greece, as seen, once again, through the lens of everyday questions of food.