Gert Jan van der Wilt is professor of Health Technology Assessment (HTA) at Radboud University Medical Centre, Nijmegen, the Netherlands. He received his PhD in Neuroscience from VU University, Amsterdam. He had a post doctoral position at the Interfacultary Institute of Ethics at VU University, analyzing the normative assumptions underlying health e 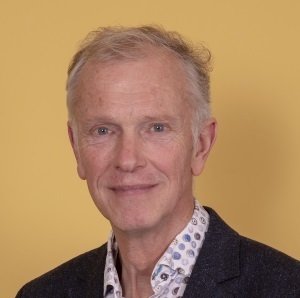 conomic analyses. He was a visiting scholar at the Hastings Centre, NY, and at the Harvard T.H. Chan School of Public Health. His main research interest is how empirical analysis and normative inquiry can be integrated in the context of HTA. He serves on the Health Council of the Netherlands and on the scientific advisory board of the Ludwig Boltzmann Institute for HTA in Vienna, Austria. He is member of the Scientific Development and Capacity Building committee of Health Technology Assessment international (HTAi), the global scientific and professional society for all those who produce, use, or encounter HTA. He participated in the FP7 project INTEGRATE-HTA, aimed at developing methods for evaluating complex interventions in healthcare. He has published widely in the field of HTA, specifically on value frameworks and on stakeholder involvement.

At the Institute of Advanced Study he will participate in the project ‘Who are “We the people”? Community beyond the state’ directed by Dr Amy Russell. It asks how individuals coalesce into a collective “people”, and what other communities are formed in this way. How do individuals come together to form communities which are legal or social entities in themselves? The second part of the project will explore contemporary communities larger or smaller than the state, looking to find their place within state or seeking recognition as part of an international community. A hypothesis underlying his research project is that increasingly, we may witness the emergence of groups within our societies that derive their identity from the extent to which they espouse novel healthcare technologies. Currently, it is not clear to what extent that would be desirable or undesirable, and what it might entail. Would it impose a threat to our current societies, or could it be an asset, fostering cultural diversity? The work by Mary Douglas on political cultures will serve as a theoretical framework to analyze the current developments in healthcare, specifically in relation to the emergence of groups who derive their identity from their relation to novel healthcare technology. Using cultural theory as a framework, he will explore what relatively stable and coherent interpretive frames can be discerned within modern Western societies that give rise to quite different judgments of healthcare technologies.