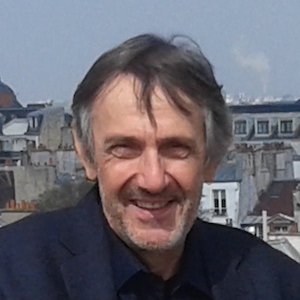 Professor Paul Pickering is Director of both the Research School of Humanities and the Arts (2013-) and the new Australian Studies Institute (2017-) at the Australian National University.

Prior to taking up his current posts Professor Pickering has undertaken numerous roles at ANU, including a term as Dean of the College of Arts and Social Sciences (2014-16) inaugural Director of the ANU Centre for European Studies (2010-12); Director of Graduate Studies (2004-9) and a Queen Elizabeth II Fellow at the Humanities Research Centre (2000-4). He was the Convenor of Graduate Studies in History (2002-6) and Interdisciplinary and Cross Cultural Research (2007-13). He is a Fellow of the Royal Historical Society, a member of the Board of the Australian Dictionary of Biography, co-editor of the Enlightenment World Series, editor of Humanities Research and History Editor of Cogent: Humanities. In 2012 he was the recipient of the Vice Chancellor’s Award for Excellence in Graduate Supervision.

His books include Chartism and the Chartists in Manchester and Salford (1995); The People’s Bread: A History of the Anti-Corn Law League (2000) (with Alex Tyrrell); Friends of the People: Uneasy Radicals in the Age of the Chartists (London, 2003); Contested Sites: Commemoration, Memorial and Popular Politics in Nineteenth Century Britain (2004); Unrespectable Radicals? Popular Politics in the Age of Reform (2007); Feargus O’Connor: A Political Life (2008) and Historical Reenactment: From Realism to the Affective Turn (2010). His latest book (with Kate Bowan), Sounds of Liberty: Music, Radicalism and Reform in the Anglophone World, 1790-1914, was published by Manchester University Press in August 2017. His articles have been published by leading journals, both in Australia and overseas including Past and Present, History, English Historical Review Australian Historical Studies, Albion, Labour History Review and Revue d’histoire du xixe siècle.

Professor Pickering’s current book project is From ‘Dark Satanic Mills’ to the ‘Manchester Miracle’: the politics of urban-industrial heritage in Britain, which will be published by Routledge in 2018-19.

The broad-based, interdisciplinary project led by Dr Amy Russell ‘Who are “We the People”? Community beyond the state’ is both important and timely and intersects closely with Professor Pickering’s long term research interests. A shifting and vague notions of ‘the people’ and ‘popular’ are increasingly used to underpin commentary on current geopolitical developments, as well as alarmingly diffuse and ill-defined categories for viewing the past being employed by scholars from a range of disciplines. Capacious projects such DrRussell’s will undoubtedly provide important opportunities to address these issues and by so doing inform debate in the academy as well as public discourse. Professor Pickering is looking forward to collaborating with Dr Russell and a range of scholars of international standing. During his stay at Durham he will begin work on a project exploring notions of the people, popular rights and political leadership, not only within Britain but also across Britain’s colonies of settlement.