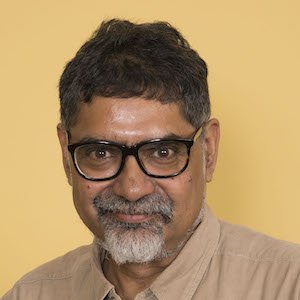 Sambudha Sen is Professor and Chair, Department of English at the Shiv Nadar University, Dadri, India. Before he took up this position, Professor Sen was head of the English Department at the University of Delhi and he has held research and teaching positions at the Clare Hall, University of Cambridge, the Huntington Library, Anglia Ruskin University and Jadavpur University. He is also a recipient of the prestigious Rockefeller residency at Bellagio.

Professor Sen’s current research is concerned with the ways in which the body was grasped and deployed in Victorian culture: on the one hand, in all its materiality, as something that laboured, consumed and needed to be protected from diseases but could, at the same time, be made to yield medical knowledge and, on the other, as something that could work with posture, gesture, accessories to project a de-materialised, but powerful force field, that unfolded outside its physical boundaries.

Professor Sen will conduct part of this research with colleagues in Durham. Specifically he will focus on a set of anxieties related to the making and crossing of borders that developed around infectious disease in nineteenth century England.

Professor Sen has also worked and published widely on topics related to print and visual culture in 19th century England, the novels of Charles Dickens and William Makepeace Thackeray, visual representations of nineteenth century Calcutta and London, and the cinema of Ritwick Ghatak. His essays have been published in journals such as English Literary History, Nineteenth Century Literature, Representations, and Victorian Studies and Literature Compass. He is the author of two books on Charles Dickens and co author with four others of Khakhi Shorts and Saffron Flags (Sangam Books, 1993) – a widely cited and best selling book on the rise of the Hindu right which was also translated into several Indian languages. His second book London, Radical Culture and the Making of the Dickensian Aesthetic (Ohio University Press, 2012) was reviewed in several major journals. Professor Sen’s latest work Novel Formations, a collection of essays on the early Indian novel for which he was a contributing editor, will be published by Permanent Black later this year.