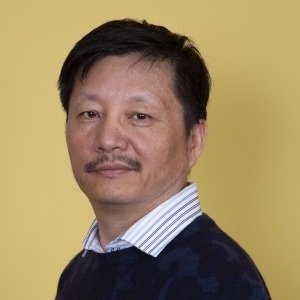 Hailiang Dong is professor of Geomicrobiology, Geochemistry, and Mineralogy at Miami University, Ohio, United States. After obtaining his PhD at the University of Michigan in 1997, he pursued his postdoctoral studies at Princeton University. In 2000, he became Assistant Professor, and was promoted to Associate Professor and Professor in 2006 and 2009, respectively. From 2014-2016, he was Program Director of the Geobiology and Low Temperature Geochemistry program at the National Science Foundation. During this time, he was also Geoscience Directorate Program Director for NSF Sustainable Chemistry, Engineering and Materials (SusChEM) initiative. He is a recipent of numerous awards such as: Miami University Distinguished Scholar, 2007; Marion L. and Chrystie M. Jackson Mid-Career Clay Scientist Award, 2008; National Science Foundation Public Service Recognition, 2015; Geological Society of America Fellow, 2018. He is Editor-in-Chief of Chemical Geology; Associate Editor of Geochimica et Cosmochimica Acta, Clays & Clay Minerals, Geomicrobiology Journal, and on editorial board for several other journals. Professor Dong has published over 230 research papers in the fields of clay mineralogy, low temperature geochemistry, geomicrobiology, environmental microbiology, and environmental engineering.

The overall objective of Professor Dong’s research program is to understand how and why microorganisms and geological media interact and how to study their mutual interactions to understand a range of biogeochemical processes on Earth and beyond. His research is focused on four broad areas: 1) Mineral-microbe interactions; 2) Remediation of heavy metals and radionuclides as well as emerging organic compounds; 3) Microbial life in extreme environments such as deep subsurface, saline lakes, and hot springs; 4) Microbial response to global climate change. Professor Dong employs a number of techniques to study these processes including microscopy, spectroscopy, aqueous geochemistry, lipid biogeochemistry, molecular microbiology, cultivation, and modeling. He has pioneered the fields of microbially-catalyzed clay mineral transformation (see Science, 2004, 303, 830-832) and extracellular electron transfer between minerals and microbes (see Nature Communication, 2012, 3, 768-775; Nature Reviews Microbiology, 2016, 14, 651-662).

Recently, Professor Dong became interested in medical applications of clay minerals. In particular, he has been using natural and surface-modified smectite minerals as antibacterial agents for killing pathogenic bacteria (see Environmental Science and Technology, 2017, 51, 7639-7647). He has demonstrated that the structural Fe(II) in reduced smectite is the primary source of •OH, which damages a membrane protein (cardiolipin) and triggers the influx of soluble Fe2+ into the cell, and ultimately leads to cell death. His current research aims to increase the efficiency of this antibacterial process by modifying the surface of smectite minerals, and to further reveal mechanisms of cell death using a proteomic approach.

During his IAS fellowship, Professor Dong will establish a collaborative research project Antibacterial Clay Therapy with Dr Gary Sharples (Biosciences) and Dr Kimberley Jamie (Sociology), as well as with other scholars at Durham to investigate the specific mechanisms of the antibacterial activity of selected clay samples using representative bacterial species (wild types and mutants deficient in certain traits). This interdisciplinary research will be of interest to health professionals, social workers, and anthropologists.