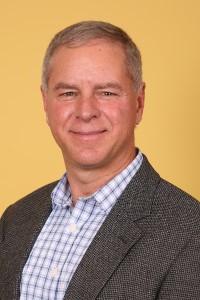 Doug Downey is a Professor of Sociology at Ohio State University. He is the Department’s Director of Undergraduate Studies and he has held multiple leadership positions in the American Sociological Association, including Chair of the Education Section and Deputy Editor for the discipline’s flagship journal, American Sociological Review. He is also a member of the Sociological Research Association, and he has been a research fellow at Stanford’s Center for Advanced Study in Behavioral Science and at Radboud University’s Excellence Program.

His research has explored several issues related to inequality. His recent book, How Schools Matter: Why Our Assumption About Schools and Inequality is Mostly Wrong, challenges the dominant narrative that schools generate and exacerbate achievement gaps. Other publications assess explanations for racial and gender gaps in school performance, employing new methodological techniques. In much of his work he compares how inequalities change when children are in school versus out (in the summer), what is known as seasonal comparisons, as a way of understanding school’s influence. In addition, he is interested in the consequences of technology for social cohesion and inequality. A recent publication in the American Journal of Sociology discovered that, despite the rhetoric, the best evidence indicates that children’s social skills have not declined during the rise of digital technology.

Professor Downey has published over 50 articles, many of which have received national awards, including The Willard Waller Award, The James Coleman Award, and the Reuben Hill Award. His scholarship has been cited 8,500+ times. In the last ten years he has given twenty invited talks at universities and research institutes and his research projects have garnered over a million dollars in grant funding.

While at Durham University, Professor Downey will be considering the question, “What environmental conditions explain the large achievement gaps in math and reading skills observed among children at the beginning of formal schooling?” Specifically, he will explore the consequences of health care. In the U.S. the Affordable Care Act of 2010 was implemented among 32 states, but 18 rejected it, providing a natural experiment for understanding the consequences of this policy. Professor Downey will consider whether inequality in cognitive skills grew more (or less) in states that adopted increased healthcare versus those that did not. He looks forward to contributing to discussions about the root sources of inequality in children’s skills, the kinds of skills that influence their life outcomes, and the broader societal-level policies that might reduce inequality.