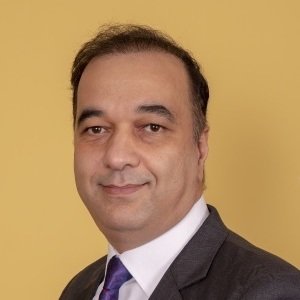 Zakaria A. Almsherqi is a lecturer and research scientist in the department of Physiology, School of Medicine, National University of Singapore (NUS). After receiving his PhD in Medicine from the National University of Singapore he worked as a research scientist in the field of biomembranes before he engaged in medical teaching and training as a lecturer at the department of Physiology, NUS.

His research interest is primarily related to biomembranes and their clinical applications. His main research work investigates biomembranes structure, function and their biomolecular organization. Specifically, he envisions a systemic description of structure and function of highly organized membrane structures known as cubic membranes. Cubic membranes represent the utmost well-organized membrane structures in nature and they attract significant attention because of their unique feature of 3 dimensions (3D) periodicity in electron micrograph imaging. These membrane patterns recur in different contexts and can sometimes be modelled mathematically. On a different aspect, cubic membranes exhibit a fascinating symmetry in biological systems. Symmetry in biological membranes is mainly described by rotations, however, several sets of membrane arrangements exhibit symmetry such as parallel membranes and hexagonal packing of tubes. In contrast, a cubic membrane structure exhibits distinct morphological patterns in space and at 3D orientations. The modern understanding of visible symmetry and patterns developed gradually over time with development of observation tools and techniques that allow us to discover fascinating symmetries and patterns at ultramicroscopic levels. At the nano-scale, membrane-bound cell organelles are typically considered to have rather spherical topology, delineated by one phospholipid-bilayer membrane that separates the interior from the exterior. However, this simplification of organelle topology is a rule not a law, and it is well known that a large number of membrane structures exists in nature with more complex 3D morphologies exhibiting a wide range of patterns and symmetries.

Dr Almsherqi’s planned work at Durham will include introducing cubic membranes to the research fellows and interested scholars. The medium would ideally be interactive discussion and collaborative work aiming to exchange ideas on the significance of cubic membrane structures in nature and highlight their artistic aspects. Furthermore, discussing the biological significance and potential function of cubic membrane would be important. Diverse inputs from different backgrounds and interests from IAS fellows would be indeed very enriching to propose novel ideas to explore.

While at the IAS, Dr Almsherqi in collaboration with Dr Kislon Voitchovsky (Durham, department of Physics) will investigate the effect of environmental factors (e.g., temperature, pH, ionic composition) on the viscoelastic and mechanical properties as well as swelling behaviour of cubic membranes. Furthermore, Atomic Force Microscopy would be used to image and probe cubic membranes in biological samples.