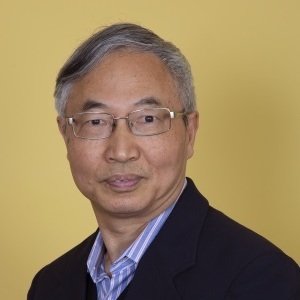 Jing-Bao Nie, BMed, MMed, MA, PhD, is Professor at the Bioethics Centre, Dunedin School of Medicine, University of Otago, New Zealand, and an adjunct Professor at Peking University Health Science Center and Wuhan University in China. After growing up in a remote village in southern China, he was trained in traditional Chinese medicine in China, sociology in Canada, and medical humanities in the USA. He was a postdoctoral fellow at the University of Minnesota Bioethics Centre and an associate at Harvard University Asia Centre.

Professor Nie has over 100 peer-reviewed publications. He has authored Behind the Silence: Chinese Voices on Abortion (Rowman & Littlefield 2005) and Medical Ethics in China (Routledge 2011), and co-edited Japan’s Wartime Medical Atrocities (Routledge 2010). He contributed to such volumes as The Cambridge World History of Medical Ethics (three chapters) and the Encyclopedia of Global Bioethics. The several thematic journal issues he led include one on the methodologies of global bioethics for Kennedy Institute of Ethics Journal (2016) and another on patient–physician mistrust in China for Developing World Bioethics (2018). His numerous articles have appeared in such periodicals as American journal Bioethics, Cambridge Quarterly of Healthcare Ethics, Journal of Bioethical Inquiry, Journal of Clinical Ethics, and The Lancet. His research projects have been supported by grants from the Marsden Fund of the Royal Society of New Zealand (twice) and the Harvard China Fund. He is currently an advisor and collaborator for two US National Institute of Health projects.

Professor Nie has been an international fellow of the Hastings Centre (USA) (since 2011) and was Furong Visiting Professor at Hunan Normal University (China) (2010-12). He co-chaired the 6th International Congress of Feminist Approaches to Bioethics (2006) and was a board member of the International Association of Bioethics (2005-09). He serves on the advisory/editorial boards of leading international and Asian/Chinese journals including Asian Bioethics Review (Consulting Editor), Bioethics, Kennedy Institute of Ethics Journal, Indian Journal of Medical Ethics, Chinese Journal of Medical Ethics, Medicine & Society, and Medicine & Philosophy.

Currently, Professor Nie is working on two projects, one entitled “In search of a benevolent polity: population aging in China and a Confucian socio-ethical vision of eldercare” and the other “From eugenics to human gene editing: a socio-ethical inquiry into engineering life in China in a global context”. His key collaborators at Durham University are Professor Martyn Evans (philosophy and medical humanities), and Professor Jane Macnaughton (medical humanities and anthropology), and Dr Gordon Cheung (Chinese studies).