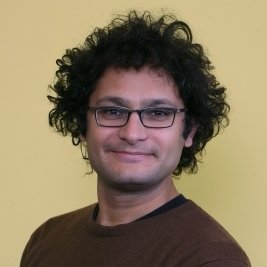 Arun Saldanha is Assistant Professor of Geography at the University of Minnesota and is an upcoming theorist of race. He is at the forefront of using Gilles Deleuze and related materialist philosophers to conceive of human phenotypic difference in a critical ecological framework. Avoiding the linguistic and psychological bias in prevalent definitions of race, this framework takes off from the recent existentialist and feminist turns towards the body, but also asks what exact sciences like population biology can bring to the discussion.

Graduated from Communication Studies at the Free University of Brussels (VUB) with an ethnographic study of the globalization of youth culture in Bangalore, Dr Saldanha worked at the same department as a Teaching Assistant for three years. At the Open University in Milton Keynes, he then pursued a PhD on rave tourism in Goa under supervision of Professors Doreen Massey and Jennifer Robinson in Geography. The book based on this work, Psychedelic White: Goa Trance and the Viscosity of Race (University of Minnesota Press, 2007) has quickly been recognized as a major statement in the critical conceptualization of race.

At the IAS, Dr Saldanha will work on a book project tentatively titled The Political Phenotype: Antiracist Science, Philosophical Anthropology. The project suggests that an uneven differentiation of populations on the basis of phenotype occurs through material processes such as housing segregation, racial divisions of labour, the war on terror, and marketing. The ontological and political status of this differentiation has to be tackled with a renewed commitment to conceiving human variation along egalitarian lines.

Recent research funded by the University of Minnesota has focussed on the publication and effects of a key text in early modern geography, the Itinerario of Jan Huygen van Linschoten (1596). This book was important to the explorations of the Indian Ocean by the Dutch and helps theorize early modernity as a threshold in the formation of modern race relations. Apart from bringing the problem of race into the study of tourism, music and travel writing, Dr Saldanha’s publications have explored thinkers such as Alain Badiou, Georges Bataille, Frantz Fanon, Donna Haraway, Luce Irigaray and Benedict Spinoza, as well as varied subjects like visuality, mysticism, actor-network theory, heterotopia, the spice trade, LSD, and Tintin.