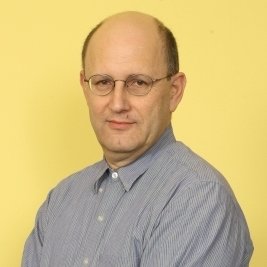 Professor Adi Ophir is associate professor at the Cohn Institute for the history and philosophy of science and ideas, at Tel Aviv University. His main interest is modern and contemporary continental philosophy in the domains of ethics, political philosophy, and critical theory. He has written about twentieth thinkers like Arendt, Foucault, Lyotard, Leivnas, and Agamben, and about various aspects of Israeli culture and society. In his Order of Evils(Zone Books 2005, originally published as Lashon lara, Am Oved 2000) he presents an outline for “moral ontology” based on understanding the social production and distribution of “evils” (losses, damages, injuries, suffering, and risks), and proposes a new interpretation of the concepts of evil and injustice. Working for the Present (Avodat Hahove, Hakkibutz Hameuchad 2001) is a collection of deconstructive readings of some major texts and events in contemporary Israeli culture. In 2002 he published with Ariella Azoulay Terrible Days (Yamim Raim, Resling 2002), a collection of critical essays on the political situation in Israel. This Regime Which is not One, his most recent book, co-authored with Ariella Azoulay and forthcoming in Hebrew this spring, is a historical survey and a comprehensive anatomy of the Israeli rule in the Occupied Palestinian Territories and its impact on the Israeli political system.

In the early nineties Professor Ophir founded and edited Theory and Criticism, Israel’s leading journal for critical theory. More recently, as a fellow at the Van Leer Jerusalem Institute, he directed an interdisciplinary research project on “Humanitarian Action in Catastrophes: The Shaping of Contemporary Political Imagination and Moral Sensibilities.” In its new phase, and in cooperation with Palestinian scholars, the research group focuses on processes of “catastrophization” and the responses of local and global humanitarian and human rights organizations to various aspects of the chronic and ongoing disaster in Palestine-Israel. Professor Ophir is also a fellow at the Center of Advance Jewish Studies at the Hartman Institute in Jerusalem.

His recent publications include “Moral Technologies: The Administration of Disaster and the Forsaking of Lives” (Theoria veBikoret 23, 2002); “Life as Sacred and Forsaken: Introduction to Gorgio Agamben’s Homo Sacer” (in Shay Lavie, ed., Technologies of Justice, Tel Aviv: Ramot 2003);”Understanding the Political in the Work of Hannah Arendt” (in Idith Zertal and Moshe Zuckermann eds., Hannah Arendt: Half a Century of Polemics, Hakkibutz Hameuchad 2004), “Evils, Evil, and the Question of Ethics” (in Modernity and the Problem of Evil, ed. By Alan Schrift. Bloomington: Indiana University Press, 2005), and (together with Ariella Azoulay) “The Monster’s Tail: The Wall and the Logic of the Occupation” (in Michael Sorkin, Against the Wall, The New Press 2005).

In his current research, which will be his main preoccupation at the IAS, Professor Ophir examines the ambiguous role of catastrophes – both natural and man-made – in the construction and deconstruction of the modern State. He uses the site and time of catastrophes as a prism for studying the relation between sovereignty and governmentality in different state formations and among various governmental and non-governmental actors.