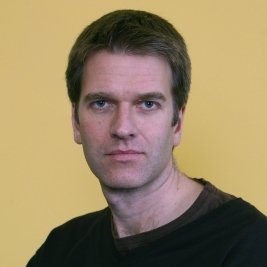 Dr Charles Fernyhough is a developmental psychologist in the Department of Psychology at Durham. His undergraduate and postgraduate degrees are from Cambridge, and he has also been a lecturer at Staffordshire University and a visiting researcher at Macquarie University. His primary research interests are in children’s private speech (the non-communicative speech regarded by some to be the developmental precursor of verbal thought) and the development of young children’s social understanding. In recent years he has applied ideas from developmental psychology to the study of experiences associated with psychiatric disorders, particularly the phenomena of delusions and auditory verbal hallucinations. He has edited a four-volume collection of critical assessments of the work of the Soviet psychologist, Vygotsky (Routledge, 1999), and his co-edited volume on private speech will be published by Cambridge University Press in 2008. He serves on the editorial board of the journal Infant and Child Development, and currently has active research collaborations with colleagues in Australia, Canada, the US and Austria.

Outside his part-time employment at Durham, Dr Fernyhough is a writer of fiction and non-fiction, and also works as a literary journalist and creative writing tutor. He is the author of a novel, The Auctioneer (Fourth Estate, 1999), which was critically acclaimed in the UK, Australia, Germany and elsewhere. His fiction has twice been selected for inclusion in the prestigious New Writing anthology of writing from the UK and Commonwealth, and has been supported by a number of awards. His non-fiction book about young children’s mental development, The Baby in the Mirror, will be published by Granta in 2008. He has taught creative writing in a variety of academic and non-academic contexts, including online mentoring for writers in Africa and the UK. He has contributed to the books pages of several newspapers, and regularly reviews fiction for the Sunday Telegraph. He has appeared at literary festivals in Barcelona, Sydney, Sheffield, Durham and Newcastle, and he is a member of the board of New Writing North, the literary development agency for the North-East of England.

Dr Fernyhough is involved in a number of interdisciplinary projects, such as the ‘Memory Maps’ project (Victoria and Albert Museum/Essex University) which brings together creative responses to landscape and place from both professional and non-professional writers and artists. He has been an invited lecturer at the Wimbledon School of Art, where he led a discussion on the role of language in the visual arts. He has written on the interface between psychology and literature for the Guardian and the Psychologist, and teaches a short course on the topic for the MA in Creative Writing at Newcastle University. His research on children’s imaginary friends has attracted considerable media interest, and he has acted as a consultant on this topic for the V&A’s Museum of Childhood.

During his IAS fellowship Dr Fernyhough will be working on a popular non-fiction book on the phenomenology of thinking. This will allow him to integrate his psychological research on the relation between thought and language with his interests in literary depictions of consciousness.