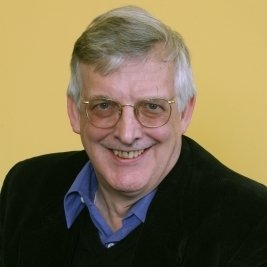 Professor Chris Brooks has taught in the History Department at Durham University since 1980. He has wide-ranging research interests in the history of early-modern England, with a particular focus on the law and its social and cultural implications. His Pettyfoggers and Vipers of the Commonwealth: the ‘lower branch’ of the legal profession in Early Modern England (Cambridge, 1986), a social and professional history of the precursors of modern solicitors, has been described as the best single-volume history of the legal profession ever written. In this work, and in Lawyers, Litigation and English Society since 1450 (London, 1998), he has helped to revolutionise the study of legal history by resetting the focus on access to justice and court usage by ordinary people, a subject he has written about for a period covering six centuries from middle ages to the end of the twentieth century. At the same time, the study of lawyers led to an interest in the middling sections of English society more generally that resulted in a collection of essays, The Middling Sort of People: culture, society and politics in England 1500-1800 (co-edited with Jonathan Barry, Basingstoke, 1994), to which he contributed two chapters. Previously marginalised by an emphasis on the aristocracy and gentry, on the one hand, and the poor, on the other, this collection has proven instrumental in putting the ‘middling’ back on the research agenda while Professor Brooks’ approach to law has become a standard feature of recent writing on the social, legal, and political history between 1500 and the mid nineteenth century.

A native of Maryland, with a first degree from Princeton, and a doctorate from Oxford, Professor Brooks was Platnauer Junior Research Fellow at Brasenose College, Oxford from 1976-80. He has been a Mellon Foundation Fellow at the National Humanities Center, Research Triangle Park, North Carolina, and held a Leverhulme Research Fellowship (2002-2004). In addition to research grants from the British Academy and the Maitland Trust, he has also been a visiting fellow at the Huntingdon Library in San Marino, California. He was a founder-member of the Board of Editors of Law and History Review (the journal of the American Society of Legal History). He is Currently Associate Editor of The Seventeenth Century, and a member of council of the Selden Society, the leading organisation for the study of legal history in England. He has given papers in France and Germany as well as the United Kingdom, North America and Australia, and some of his work has been translated into Italian, French and Japanese.

His substantial monograph, Law, Politics and Society in Early Modern England, an innovative attempt to use legal thought and practice as a way of re-interpreting social and political relationships in the period from the accession of the Tudors to the outbreak of the English Civil Wars in 1642, will be published by Cambridge University Press in autumn 2008. In the longer term, Professor Brooks is working on a major study of the period from 1625 to 1688 (for Oxford University Press), which will focus on the development of English law during a time of unprecedented religious and political turmoil. At the moment, he is working on a paper about the relationship between law and religion from the Reformation in the early sixteenth century to the ‘Glorious Revolution’ of 1688. As an IAS fellow, he will be investigating the transition during the course of the eighteenth and nineteenth centuries from systems of jurisprudence based broadly on general ideas about ‘being human’ to more rights-based conceptions that are characteristic of ‘modernity’, but which seem paradoxically unable to resolve satisfactorily anxieties and tensions in the relationship between individuals, the community and the state.