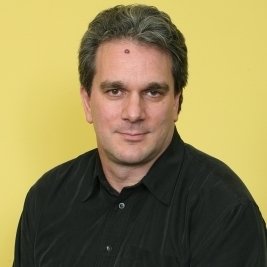 Professor David Campbell is Professor of Cultural and Political Geography at Durham University. He serves as an Associate Director of the Durham Centre for Advanced Photography Studies and Academic Director of the International Boundaries Research Unit. With a PhD in International Relations from the Australian National University, he has worked previously in Australia, the US and the UK, most notably in the Australian Senate, as well as at Johns Hopkins University and Newcastle University.

Professor Campbell’s research is organised around three main areas, with the main focus being on visual culture and international politics (especially photography and the representation of atrocity, famine and war). He is also interested in political theory and global geopolitics (informed by poststructuralist philosophy and concerned with questions identity, borders, representation, and responsibility), and US foreign and security policy. The latter areas of research are best represented by his books Writing Security and National Deconstruction, the second of which won International Forum Bosnia’s Bosnia-Herzegovina Book of the Year 1999, and was translated and published in Sarajevo in 2003.

Professor Campbell’s research in visual culture has resulted in a number of published articles and essays, as well as some notable public events. In April 2005 he presented the Sem Presser Lecture at the World Press Photo Awards in Amsterdam, addressing the question of whether ‘concerned photography’ has a future. In August 2005 “Imaging Famine,” a photographic exhibition for which he was one of the curators, opened at the Guardian Newsroom in London. Accompanied by a 24 page catalogue, the exhibition is part of an on-going project on media representations of famine, with information available at www.imaging-famine.org. During 2007-08 Professor Campbell completed a research project for the AIDS, Security and Conflict Initiative which examines “The Visual Economy of HIV/AIDS as a Security Issue.”

Professor Campbell is currently working on book that is concerned with how the dominant pictorial representations of atrocity, famine and war are produced in the global image economy. This research is concerned with how processes of de-humanisation are witnessed and how they could be witnessed otherwise; how photographic images of atrocity, war and famine are presented for everyday consumption, and how those pictures establish the ethical conditions of possibility for a response by those at a distance (both geographic and moral). This project engages these issues by exploring at least five historical moments pivotal to the siting/sighting of Sudan. For the period of the IAS Fellowship he will concentrate on the first of these moments – the colonial photography of Sudan from the Anglo-Egyptian Condominium (1899-1955). These images are to be sourced from the Sudan Archive in the Durham University Library. This will establish the representational legacy for subsequent photographic accounts of atrocity, war and famine in Sudan, and enable an analysis of the relationship between pictorial knowledge and colonial power (an on-going issue in the realm of humanitarianism).