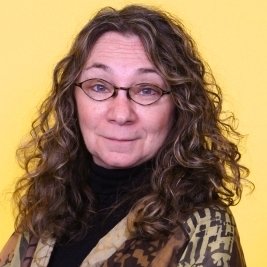 She has published two books: Feminist Utopias (University of Nebraska Press, 1989); and Travelers, Immigrants, Inmates: Essays in Estrangement (University of Minnesota Press, 1995). Her third book entitled, Kissing Cousins: A New Kinship Bestiary will appear in August 2008 from Columbia University Press. She has also co-edited with Wendy Kolmar a widely adopted textbook going into its third edition, Feminist Theory: A Reader, published by McGraw-Hill. Her articles include work on French post-structuralism, questions of the sublime, artists such as the photographer Diane Arbus and the painter Samuel Bak. She has recently begun publishing poetry, and is also working on a novel set in a displaced persons camp in post-World War II Germany.

Professor Bartkowski’s work has always been an effort to participate in defining new fields: whether the wholesale rewriting of utopian and dystopian discourse in literature and theory by feminists in the 1970s and into the 1980s as in her first book; or, in her second book, where she examined questions of identity and dislocation through political and psychoanalytic categories as found in travel writing, immigrant autobiographies, and in concentration camp memoirs.

While at work on Kissing Cousins the field of animal studies began to emerge, and this book is likely to be a text that introduces some of the key questions of the field to students, scholars and general readers. Reviewers for the press described the manuscript as “groundbreaking,” and its style as “bold” in its combination of “philosophical analysis and poetic evocation.” This book takes up the disciplines of anthropology, primatology and genetics as they come to terms with the rewriting of kinship in the 21st century as evidenced in literature, film, art and current events. Professor Bartkowski’s work at the Institute for Advanced Study on the topic of “Being Human” will continue to explore how much the question of the human remains with us, unsettled and unsettling, whether considering a field such as genetics or the continuing proliferation of events gathered under the term genocide.