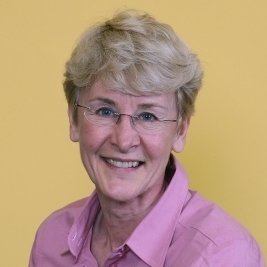 One of Professor Gordon’s chief interests in medical education has been the acquisition of professional values. The University of Newcastle was the first Australian university to break with tradition and use problem-based learning to provide a more authentic, integrated way of learning medicine. With a strong emphasis on values in medical practice, this program became a model later followed by other medical schools around Australia. Professor Gordon’s PhD examined the behaviour of new graduates in communication with their patients, examining in particular the extent to which they adopted a narrow or broad approach to patient care, as a reflection of how they interpreted their role.

While at the University of Newcastle, Professor Gordon was also involved in establishing a program of support for aboriginal students to study medicine, to help to redress the balance of opportunity for indigenous students. (One of the first graduates was 2006 Woman of the Year in NSW, acknowledged for her work in aboriginal health research and other graduates have distinguished themselves in a number of areas).

She helped to completely reform the medical degree offered at the University of Sydney. As well as being integrated and problem-based, the degree is designed for graduates who have a prior degree in any area of study, in an attempt to broaden the base from which medical students are drawn. Later moving to the Faculty of Arts, she initiated a Masters degree in Medical Humanities in a further attempt to promote a more inclusive view of the disciplines relevant to medicine and to encourage cross disciplinary study.

Professor Gordon is Chair of the Austalian Medical Council’s Committee for Accreditation Standards for International Medical Graduates. She is Vice President of the Doctors’ Health Advisory Committee. She has served on a variety of government committees on medical education and professional development in Australia and has been an invited speaker at national and international conferences. She has recently published, with colleagues, a systematic review of reflection and reflective practice in health professions education. In 2007, with Professor Marytn Evans she prepared a monograph for the Association for the Study of Medical Education Learning Medicine from the Humanities. She is collaborating with Professor Evans, Dr Jane Macnaughton (both from the Centre for Arts and Humanities in Health and Medicine (CAHHM) at the University of Durham) and other colleagues internationally on a medical humanities series examining aspects of the experience of health care, including the nature of the consultation, diagnosis and treatment. She currently works in the Centre for Values, Ethics and the Law in Medicine at the University of Sydney. She will be working with colleagues in CAHHM at the University of Durham during her stay; the focus of the program of inquiry within the Centre is into the nature of health, medicine and well-being, and the relative contributions of scientific medicine and the humanities and social sciences. The ultimate aim of Centre is to promote an intellectually coherent incorporation of humanistic understanding within clinical healthcare and a better understanding between them.