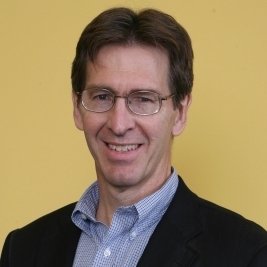 Professor Robert Hariman is a professor of rhetoric and public culture in the Department of Communication Studies at Northwestern University. He received his Ph.D. from the University of Minnesota and was a member of the faculty at Drake University prior to joining Northwestern in 2004. Currently he is serving as Chair of the department.

Professor Hariman’s book publications include Political Style: The Artistry of Power (University of Chicago Press, 1995) and No Caption Needed: Iconic Photographs, Public Culture, and Liberal Democracy (University of Chicago Press, 2007), which is co-authored with John Louis Lucaites. He has edited volumes on Popular Trials: Rhetoric, Mass Media, and the Law (1990), Post-Realism: The Rhetorical Turn in International Relations (1996, co-edited with Francis A. Beer), and Prudence: Classical Virtue, Postmodern Practice (2003), with several more forthcoming.

Professor Hariman has published articles and book chapters in history, international relations, law, education, classics, and communication studies. His work has been recognized by article and book awards as well as election as a distinguished scholar by the National Communication Association. Two articles have been published in Chinese translation, and a French translation of Political Style will be published in 2009. He serves as a co-editor for the book series Studies in Rhetoric and Culture (Berghahn) and on the editorial boards of two other book series and a number of journals including the Quarterly Journal of Speech and Rhetoric and Public Affairs. He also is one of several co-editors of the forthcoming Norton Anthology of Rhetoric and Writing. He has lectured in Canada, the UK, Sweden, Germany, and throughout the US. He also maintains the blog www.nocaptionneeded.com, where he and co-author John Lucaites post daily on photojournalism and public culture.

Professor Hariman’s scholarship focuses on the relationships between art and argument in political culture. Forthcoming essays include a co-authored large corpora study of political styles, a theoretical essay on parody and democracy, and several critical studies of photojournalism. During his time at the IAS, he will work on two elements of “being human”: compassion and stupidity. The first will be considered as a form of power and mode of blindness, the second as a response to power and a way of seeing.