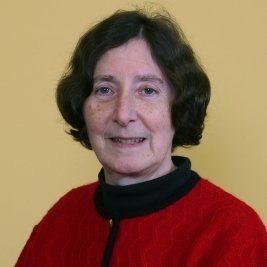 Professor Sonia Kruks is a political philosopher who is best known for her scholarly work on the political and social ideas of the French existentialists. She has also published extensively on feminist theory. Professor Kruks received a BA in Political Studies from Leeds University and a Masters and Doctorate in Government from the London School of Economics. She began her teaching career in London, at the City of London Polytechnic, and then spent two years teaching at the Eduardo Mondlane University in Mozambique before moving to the United States in 1980. In the USA she has held positions at The Graduate Faculty of the New School for Social Research and at Oberlin College. She is currently the Robert S. Danforth Professor of Politics at Oberlin, a position she has held since 1990. Professor Kruks has held visiting fellowships at the Five College Women’s Studies Center at Mount Holyoke College, Massachusetts, and at the Gender Institute of the London School of Economics. She was the recipient of a Mellon Foundation research award in 2007.

As well as numerous articles, Professor Kruks has published a book on the political philosophy of Merleau-Ponty and another that explores the social philosophy of several of the French existentialist thinkers, including Jean-Paul Sartre, Simone de Beauvoir, Gabriel Marcel, and Merleau-Ponty. Her work in feminist theory, notably her book Retrieving Experience: Subjectivity and Recognition in Feminist Politics (2001), draws on aspects of existential philosophy in order to engage in a critical dialogue with poststructuralist feminism.

She is currently working on a book-length project on the political philosophy of Simone de Beauvoir. While at Durham she will be addressing the theme of “being human” by considering questions of personhood and dynamics of depersonalization through the lenses of Beauvoir’s work.