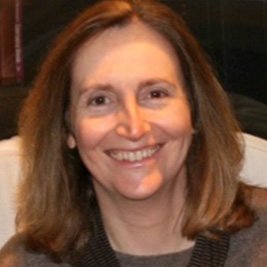 Dr Stockley is an evolutionary biologist specialising in the study of diversity in animal reproductive traits. She graduated in Zoology at Nottingham (1989) and received a D.Phil. from Oxford (1993). She is currently a Senior Lecturer in Mammalian Behaviour and Evolution at the Faculty of Veterinary Science at the University of Liverpool. In 2002, she held a Visiting Research Scholarship at St John’s College, Oxford.

Dr Stockley is best known in the field of sexual selection for her research on female promiscuity and sperm competition. Her work has helped advance understanding of the extreme diversity found between closely related animal species in reproductive traits such as gamete morphology, genital anatomy, copulatory behaviour, parental investment and life history strategies. She is currently working in collaboration with multi-disciplinary research teams, using post-genomic techniques to explore mechanisms and evolutionary consequences of sexual selection. Dr Stockley is an author of approximately 50 scientific publications, including refereed articles (in Current Biology, Proceedings of the National Academy of Sciences, U.S.A., The American Naturalist, Proceedings of the Royal Society of London B, and other scientific journals), invited reviews, book chapters and popular science articles.

During her visit to Durham as an IAS fellow, Dr Stockley will be exploring the scientific legacy of Darwin’s The Descent of Man, and Selection in Relation to Sex, in the context of modern perceptions of sexual selection. The main focus of her work will be to review growing evidence of reproductive competition between females across diverse animal taxa, and explore the extent to which such evidence complies with traditional theoretical expectations.