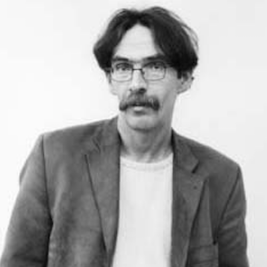 Professor Möbus received a PhD in Philosophy from Göttingen University and now teaches German literature at the Georg-August-University of Göttingen, Germany. His particular expertise lies in the area of 18th and 20th century German literature with special interests in Goethe, Jewish literature, expressionism and modern poetry, as well as in Cultural Studies and Critical Theory. The recent focus of his research is in the Robinson Crusoe motif in African, European and Caribbean literature. Furthermore he is writing a study about Post-Colonial discourses and racial issues in German children’s books. In 2004 he was acting Professor at the University of Oldenburg.

Professor Möbus has (co-)organized large interdisciplinary research projects about Goethe’s Faust and Joachim Ringelnatz, and large expositions throughout Germany about literature and art. He is chairperson and speaker on the panel of the Joachim Ringelnatz Award for modern poetry and co-founder of the Joachim Ringelnatz Museum in Cuxhaven. Professor Möbus has published numerous books, articles and entries for handbooks and encyclopaedias. His first monograph was Sünden-Fälle: Die Geschlechtlichkeit in Erzählungen Franz Kafkas (Wallstein, 1994). His most recent books are Dichterbilde: Von Walther von der Vogelweide bis Elfriede Jelinek (co-edited with Friederike Schmidt-Möbus, Reclam 2003), and editions of the poems of Joachim Ringelnatz and Christian Morgenstern. The anthology 1916: Mitten im Krieg will appear in 2007.

Whilst at the IAS Professor Möbus will work on The “Negro’s” Face in 20th Century Children’s Literature and also the works of Wilhelm Petersen (a prominent artist and writer of the Nazi-Regime), who illustrated popular post war children’s books.