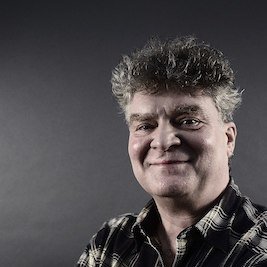 Professor Moore has published extensively on science and religion, Victorian lives, and Charles Darwin. His first book, The Post-Darwinian Controversies (Cambridge University Press, 1979), is a standard work on nineteenth-century evolution and theology. His sourcebook, Religion in Victorian Britain (Manchester University Press, 1988) is widely used on both sides of the Atlantic, and his collection of original essays, History, Humanity and Evolution (Cambridge University Press, 1989) is now a benchmark. Adrian Desmond and Professor Moore’s 800-page biography, Darwin (London: Michael Joseph, 1991), won prestigious awards in Britain and America. In The Darwin Legend (US: Baker Book House, 1994) Professor Moore offers a lively assessment of Darwin’s posthumous reputation. He is currently working towards a biography of Darwin’s rival Alfred Russel Wallace. During his time at the IAS, Professor Moore will be researching and writing with Adrian Desmond a book about the anti-slavery context of Darwin’s theories on human evolution. The book will published for the Darwin bicentenary in 2009.

Professor Moore has served on the editorial boards of Journal of the History of Biology, British Journal for the History of Science, and Annals of the History and Philosophy of Biology. He is currently on the Charles Darwin Trust’s steering committee for promoting public understanding of evolution. He is a member of Darwin200, the Natural History Museum-based national coordinating committee for 2009, and the historical consultant on the Scientific Advisory Committee of Beagle/Evolution 2009, Europe’s flagship Darwin bicentenary project, sponsored by the European Molecular Biology Laboratory in Heidelberg.