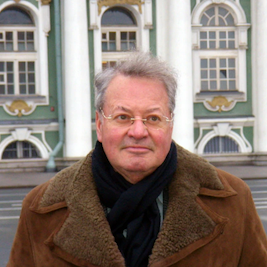 Professor Brooke is a distinguished historian of science, with special interests in the history of chemistry and the historical relations between science and religion. He has taught at the University of Sussex, at Lancaster University where he became Professor of the History of Science in 1992, and from 1999 to 2006, he was the first holder of the Andreas Idreos Professorship of Science and Religion at Oxford, where he was also Director of the Ian Ramsey Centre and a Fellow of Harris Manchester College. He recently served as Director of the European Science Foundation’s Network on ‘Science and Human Values’ and is a founder member of the Oxford Centre for the Science of the Mind (2005-).

Professor Brooke’s prize-winning book, Science and Religion: Some Historical Perspectives (Cambridge University Press, 1991) has been hailed as a classic and has been translated into many languages, including Russian and Chinese. In Thinking About Matter: Studies in the History of Chemical Philosophy (Ashgate, 1995), he provided an in-depth treatment of the philosophical issues surrounding the development of organic chemistry in the nineteenth century. His most recent publications include Heterodoxy in Early Modern Science & Religion, co-edited with Ian Maclean (Oxford University Press, 2005) and Religious Values and the Rise of Science in Europe, co-edited with Ekmeleddin Ihsanoglu (IRCICA Istanbul, 2005).

Having published several essays on Darwin and religion, notably in the Cambridge Companion to Darwin and in Darwinism and Divinity, ed. John Durant (Blackwell, 1985), one of his current projects is a new essay for the Cambridge Companion to the Origin of Species. During his tenure at the IAS, Professor Brooke will additionally be completing for publication an essay entitled “Darwin and God: Then and Now” based on a lecture recently delivered at Harvard. He will also be writing a chapter on ‘Science and Christianity in the Modern Period’ for a book entitled Science & Religion Around the World that he is co-editing with Professor Ronald Numbers.