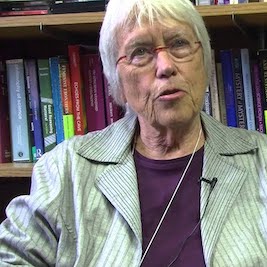 Professor Code is Distinguished Research Professor in the Department of Philosophy at York University in Toronto Canada, and a Fellow of the Royal Society of Canada. She was appointed in 1987 as a Canada Research Fellow at York University, and in 1990 as Professor in the Department of Philosophy. She has held visiting fellowships at the Humanities Research Centre of the Australian National University and at Macquarie University in Sydney Australia, has been a visiting professor at the University of New South Wales, and scholar in residence at Rhodes University in Grahamstown South Africa. From 1999-2001 Professor Code held the prestigious Canada Council Killam Research Fellowship; and in 2005 she was awarded a Doctor of Letters honoris causa (D.Litt.), by the University of Guelph in Guelph, Ontario.

Professor Code’s best known book, What Can She Know? Feminist Theory and the Construction of Knowledge (Cornell University Press, 1991) is a path-breaking book in feminist epistemology, which has been reprinted several times. In Rhetorical Spaces: Essays on (Gendered) Locations (Routledge 1991), she addresses such issues in the politics of knowledge as incredulity, empathy, relativism, voice and voicelessness, and the epistemological value of gossip. Her most recent book, Ecological Thinking: The Politics of Epistemic Location (Oxford University Press, 2006) develops an “ecological naturalism”, which owes a debt to Quinean naturalized epistemology, but proposes looking to ecological science, where Quineans look to cognitive science, as a place – both literal and metaphorical – where knowledge is “naturally” made.

As a Fellow at the IAS, Professor Code will be investigating the politics of taxonomy to show how received taxonomic assumptions and classificatory systems can impede responsible knowing across human and ecological diversity.