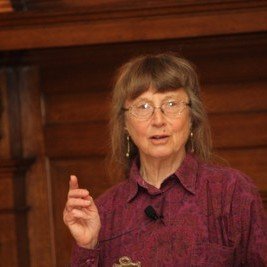 Professor Sheets-Johnstone’s first book was The Phenomenology of Dance (University of Wisconsin Press, 1966). Her latest book is The Corporeal Turn: An Interdisciplinary Reader (Imprint Academic, 2009). Three “roots” books–The Roots of Thinking (Temple University Press, 1990), The Roots of Power: Animate Form and Gendered Bodies (Chicago: Open Court, 1994), and The Roots of Morality (Pennsylvania State University Press, 2008)–occupy a space between these publications, as does The Primacy of Movement (Amsterdam: John Benjamins Publishing,1999) and Illuminating Dance: Philosophical Explorations (Bucknell University Press, 1985). The Roots of Power was nominated by Ashley Montagu for an Anisfield-Wolf Book Award.

Her present interest, and the work which will occupy her during her tenure at Durham University, centres on xenophobia, a topic that is an outgrowth of a strong thematic in The Roots of Morality.