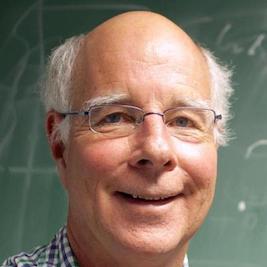 Professor Fellows is a leading researcher in Computer Science, well-known for his pioneering work on the subject of parameterized complexity and algorithmics, which has established itself as a major new branch of theoretical computer science, with particularly strong applications in computational biology. He received a Ph.D. in Computer Science from the University of California, San Diego, in 1985, and also holds advanced degrees in Mathematics. He has held academic positions in the U.S.A., Canada, New Zealand and Australia, and is currently a Professor at the University of Newcastle, Australia. He holds several research awards, and is a founding Chief Investigator with the Australian Centre for Bioinformatics.

Professor Fellows, and a principal collaborator, Professor Rod Downey of Victoria University in Wellington, New Zealand, coauthored the foundational papers of parameterized complexity, and for this they were nominated for the Godel Prize in 2005. Professors Downey and Fellows coauthored the monograph Parameterized Complexity (Springer, 1999), that is acknowledged as the foundational text for the field. Professor Fellows has also coauthored two acclaimed books popularizing Computer Science for school age audiences, This is MEGA-Mathematics! (with Nancy Casey) and Computer Science Unplugged (with Tim Bell and Ian Witten). The latter book has been translated into Spanish, Russian, Polish, Swedish, Norwegian, French, Chinese, Japanese, Korean and Urdu. In October 2006, Professor Fellows received a Humboldt Research Award recognizing his work on parameterized complexity.

While at the IAS, Professor Fellows will pursue projects concerning paradigm shifts in science and the role of computational complexity in theorizing about evolution, in joint research with Dr Stefan Szeider (University of Durham).