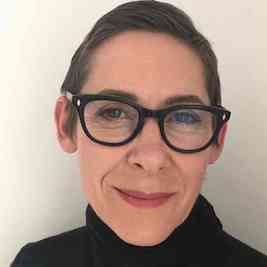 Professor Deutscher specializes in feminist and twentieth century French philosophy, and continental philosophical approaches to the study of bioethics, biology and corporeality. Formerly a member of the Department of Philosophy at the Australian National University, she is currently Associate Professor of Philosophy at Northwestern University in the United States, where in 2002-3 she served as Lane Professor of the Humanities coordinating the Humanities Center theme: Gender, Evolution and the Transhuman. Grants and awards for her research have included an Australian Research Council large grant (1999-2001) and an N.S.W. Residency Expatriate Scientists Award at the University of Sydney in 2005.

Professor Deutscher’s publications include Yielding Gender: Feminism, Deconstruction and the History of Philosophy (Routledge 1997), and A Politics of Impossible Difference: The Later Work of Luce Irigaray (Cornell University Press, 2002). In addition to How to Read Derrida (Granta 2006), she has recently completed the manuscript: Conversions of Ambiguity: The Age of Simone de Beauvoir.

Professor Deutscher’s study of historical and contemporary feminist thinkers has led to an interest in the transforming and discontinuous status that biology has had for feminist politics. She has published on late nineteenth century feminist thinkers inspired by Spencer and Darwin, including Antoinette Blackwell, Charlotte Perkins Gilman, Eliza Gamble, and Clémence Royer, in addition to changing concepts of life and biology in feminist thinkers from Harriet Taylor Mill to Beauvoir. Specializing in discontinuities and instabilities in the conceptual foundations of historical feminist thought, and transformations in the “substance” of feminism, during her residence at Durham’s IAS she will continue a focus on the legacy of Darwin for feminist thought of the period and its immediate aftermath.