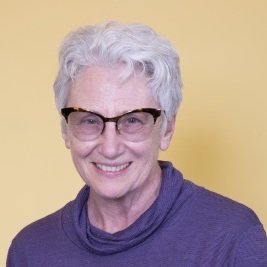 Frances Morphy has most recently been a Visiting Fellow at the Centre for Aboriginal Economic Policy Research at the Australian National University, where she was a Research Fellow from 2001 to 2012. An anthropologist (MPhil, London University) and linguist (MA, ANU), she has lived and worked both in Australia and in the UK. Her varied career has included a spell as a Commissioning Editor at Oxford University Press during the 1990s, and as a freelance editorial consultant following her return to Australia in 1997.

The anthropology and linguistics of the Yolngu-speaking peoples of north east Arnhem Land, with whom she began working in 1974, have been at the core of Frances’s research and writings. She has also at various times undertaken fieldwork in the Roper Valley (southern Arnhem Land), the Fitzroy Valley (north-west Western Australia), Darwin and Groote Eylandt. Her interests have been diverse, from compiling a grammar of the Djapu dialect of Yolngu-matha (1983) to her more recent concerns with the anthropological demography of Australian Aboriginal populations, population structure and dynamics in remote Aboriginal Australia and the representation of Aboriginal people in the national census. She has also focused on social, cultural and economic aspects of the encapsulation of Aboriginal Australians within the Australian settler state, in particular the homelands movement, land rights and native title, the governance of Aboriginal community organisations, the impact of colonisation on Indigenous social systems and languages, and problems of cross-cultural ‘translation’.

Frances was co-editor (with Bill Arthur) of the Macquarie Atlas of Indigenous Australia:Culture and Society through Space and Time, which was named overall and tertiary education winner of the 2006 Australian Awards for Excellence in Education Publishing. Her co-authored essay with Howard Morphy, ‘Tasting the Waters: Discriminating Identities in the Waters of Blue Mud Bay’ was awarded the Alfred Gell Essay prize for the best paper published in the Journal of Material Culture, also in 2006. She has been the co-author and/or editor of four books in the CAEPR Research Monograph series, and is completing a further CAEPR monograph in early 2014.

While at the IAS in Durham, Frances Morphy will be extending her research and writing on the Yolngu conceptualisation of mind, in collaboration with Howard Morphy. They argue contra Anna Wierzbicka, who claims that mind is a non-universal, Anglocentric, concept. They contend that a Yolngu concept of mind emerges both in the ways that Yolngu talk about art and in the ways that they describe mental operations. Their concept of mind nevertheless differs in interesting ways from that of English-speaking westerners, and a comparison serves to highlight the cultural construction of the Anglocentric mind. She will also be completing a monograph tentatively entitled Unimagined Communities: Sociality, Demographic Categories and the State’s Project for Australia’s ‘Aboriginal Population’. The book, based on her research in north east Arnhem Land and the Fitzroy Valley, analyses the construction of the categories that frame census and other survey data. It is argued that these constructs mask—or submerge—the categories that meaningfully frame the socio-demographic characteristics of Aboriginal individuals, communities, and populations, rendering them irrelevant (at worst) or opaque (at best) to public policy and discourse. The book is an extended argument for allowing the emergence, into such discourse, of Aboriginal systems of categorisation that coherently frame forms of social organisation that have their own distinct and localised trajectories, and the regimes of value that underpin them.