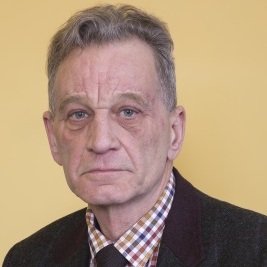 Garry Marvin is a social anthropologist and Professor of Human-Animal Studies at the University of Roehampton, London. His explorations of human-animal relationships began with his doctoral research into the bullfight in Spanish culture. Since then he has conducted ethnographic research, and published, on cockfighting; zoos; English foxhunting; the motivations and experiences of big game hunters; hunting trophies and taxidermy; and relations between humans and wolves. His recent publications include Wolf (Reaktion Books 2012) and, co-edited with Susan McHugh, The Handbook of Human-Animal Studies (Routledge 2014). Again with Susan McHugh, he has been invited to edit a four-volume series, Human-Animal Studies: Global Perspectives, for Routledge. He is on the editorial boards of the journals Society and Animals and Anthrozöos. With Nigel Rothfels he edits the book series Animalibus: Of Animals and Cultures for The Pennsylvania State University Press.

In 2013 Professor Marvin was part of an interdisciplinary, multi-university, project, Cultural and Scientific Perceptions of Human-Chicken Relations, awarded a £1.94 million grant by the AHRC as part of its Science in Culture programme. He is responsible for the social anthropology part of the project and will supervise 5 PhD students conducting ethnographic research into the cultures of humans and chickens.

Within the burgeoning meta-disciplinary field of Human-Animal Studies there is a growing interest in the possibilities and potentials for what has been termed ‘inter-species ethnography’ or ‘multi-species ethnography’ where close attention is paid to the specificities of the relationships between humans and other animals. This is something that interests him both in terms of theoretical perspectives and the grounded nature of such ethnography. While at the IAS Professor Marvin will be working up some final sections of an ethnographic account of hunting. He will also engage with anthropologists and other researchers at Durham on a multi-species project in a watery landscape nearby in preparation for a possible grant application.