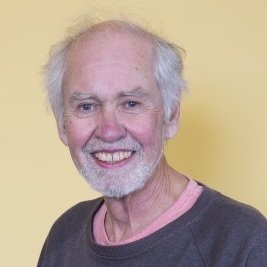 Professor Downes is the author of numerous articles and a major sociolinguistics textbook, Language and Society (1998), Cambridge University Press. His most recent book is Language and Religion: A Journey into the Human Mind (2011) also from Cambridge.

Committed to inter-disciplinarity, he bridges the sciences, linguistics and cognitive science, and the humanities, especially literature, philosophy and history. He believes that the concept of ‘the two cultures’ is problematic, itself an object of study within the overall philosophy and history of disciplined inquiry.

His long term research aim has been the use of the linguistic sciences, broadly understood to include cognition and communication, as a method for the study of culture. This is a study of the nature of the representation of information in all its forms; in cognition and the mind-brain, in social action and by language in all its diverse varieties and contexts of use. Theories of language and representation provide the method; how texts are comprehended the empirical basis.

The method was employed in a study of religious cognition and its representations in ‘world religions’, resulting in the 2011 volume. This ongoing project is now investigating how religious thought and feeling is made manifest in context by cognitive registers like prayer, which enable ‘felt experience’. As part of this research, he has been contributing to the study of how cultural representations emerge and disseminate, employing Sperber and Wilson’s relevance theory,but also by developing a new mathematical concept of relevance. A first approach to this was the subject of his recent plenary address to Taiwan’s National Linguistics Conference, ‘Complexity, relevance and the emergence of culture’, Downes, 2012 (in Investigating language at the Interface, ed. M-Y Tseng, Kaohsiung, Centre for the Humanities, National Sun Yat-sen University).

At the IAS in Durham, Professor Downes will continue his research into cultural emergence and apply his method to the 17th century emergence of the ‘plain style’ in written English. This is the norm that requires that, in most uses, a text must have clear, easily accessible, interpretations – neither rhetorical nor employing ineffable mysteries. To-day, this is the hegemonic style, demanded in most contexts, otherwise known as ‘good writing’. This ‘sociolinguistic attitude’ is closely related to both language standardization and the rise of science. But how and why did such a norm emerge? And how does it relate to religious thought and feeling?