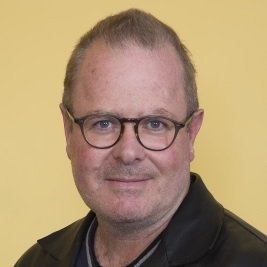 David Macarthur is Associate Professor in Philosophy at the University of Sydney, Australia. His research is mostly in the areas of contemporary pragmatism, skepticism, liberal naturalism, the continuing relevance of Wittgenstein’s thought in resisting scientistic attacks on ordinary life, and the philosophy of art (especially architecture, film and photography). Following a short career in medicine, including a stint as in Internist in an Emergency Room, Dr Macarthur completed a PhD at Harvard on the topic of external world skepticism under the supervision of Stanley Cavell, Hilary Putnam and Warren Goldfarb. He then taught for a year at Tufts University (USA) before taking up a post-doctoral research fellowship at Macquarie University (Australia) where, in collaboration with Professor Mario De Caro (Roma Tre), he played a leading role in the development of the humanist idea of a liberal naturalism as a more promising philosophical option than either of the traditional alternatives of scientific naturalism (in any of its varieties) or supernaturalism (e.g. theism). The idea of liberal naturalism is gaining increasing attention as evidenced, e.g., by an entry in the prestigious The Cambridge Dictionary of Philosophy (ed. Robert Audi).

Whilst at the IAS Dr Macarthur will collaborate with Professor Andy Hamilton and other members of the Philosophy Department to explore two rationally respectable ways of acquiring beliefs about empirical matters that are not well thought of in terms of the traditional idea of (scientific) evidence. The first case concerns being able to discern the character and genuineness of another’s gestures and non-verbal expressions of feeling and emotion. Here one relies on “imponderable evidence” (Wittgenstein), a form of non-scientific evidence. The second case concerns acquiring beliefs (or knowledge) by way of testimony where the reason for the belief (or knowledge) one acquires is not a matter of evidence but, rather, of accepting another’s word, trusting them. This project thus draws attention to cases of subjective evidence and non-evidential reasons for belief that tend to be largely overlooked in the philosophical literature which reflects a widespread tendency to focus exclusive attention on natural science as the pre-eminent model for acquiring knowledge and justified belief. Attending to these non-standard cases is an exploration of “second-personal space”, the interpersonal realm of I–thou relationships characterizable in pragmatic normative terms of responsibilities and commitments to others as well as of others to oneself.