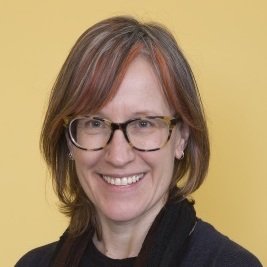 Zoë Crossland is Associate Professor of Anthropology at Columbia University, and chair of the North American Theoretical Archaeology Group. Before moving to Columbia University she was a postdoctoral researcher on the Leverhulme Trust Research Programme, ‘Changing beliefs about the body’ (2005-06), and a Junior Research Fellow at Churchill College, Cambridge (from 2002-05). Her research focuses on the historical archaeology of Madagascar, as well as forensic archaeology and evidential practices around human remains. Her approach to historical inquiry is informed by a Peircean ‘semeiotic’ approach, which provides a means to explore how human lives are articulated through and within particular material conditions. She draws upon semeiotic approaches to theorize forensic evidence and to investigate the archaeological production of the past and of the dead body. Her research explores the tension between the archaeological ability to bring the past into view on the one hand, and the work of inference and practical activity by which archaeology conjures and evaluates competing claims about the past on the other.

Dr Crossland’s research in Madagascar is concerned with archaeologies of encounter in the highlands. One aspect of this research traces the introduction of Protestant Christianity into Madagascar by British missionaries at the start of the 19th century. Here she considers the potential dislocation that was experienced when one way of living, learned through a lifetime’s experience within specific material and social conditions, was challenged in a confrontation with a radically different understanding of how to act effectively and morally. Her research traces the ways in which people attempted to resolve and make sense of this dislocation, and the new and unanticipated formations that were created as a result. This research was published in 2014 in a book entitled Ancestral Encounters in Highland Madagascar. Material Signs and Traces of the Dead (Cambridge University Press). Dr. Crossland is currently finishing a monograph on her fieldwork in highland Madagascar from 1997-2010, which will present the archaeological evidence for raiding and depopulation in the highlands, associated with slavery practices of the historic period.

Dr. Crossland’s research at Durham will focus on the production of the forensic corpse. How is the forensic evidence of the dead conceived and composed in the US and UK, and what are the social, political, and material effects of such evidential discourse and practice? Her term of research at the Institute for Advanced Study at Durham will be spent completing a book, entitled The Speaking Corpse which explores the evidence of the forensic corpse, the ways in which it is explained and delineated for popular consumption, and the history that lies behind the treatment of the dead as evidence. This builds upon work that Dr. Crossland undertook as a postdoctoral researcher, now published as A Fine and Private Place: The Archaeology of Death and Burial in Post-Medieval Britain and Ireland, co-authored with Annia Cherryson and Sarah Tarlow (University of Leicester Archaeology Monographs 2012). This monograph compiled the archaeological record of human remains from the 17th to 19th centuries, and examined the evidence for dissection and autopsy, among other practices. Dr. Crossland’s research at Durham also builds upon her investigation of forensic archaeological practice in Argentina, the US and UK, previously published in the Annual Review of Anthropology, American Anthropologist, Archaeological Dialogues, and other journals. Dr. Crossland has also co-edited a volume on the topic with Rosemary Joyce, entitled Disturbing Bodies: Perspectives on Forensic Anthropology. This will be published in 2015 by the School for Advanced Research Press, Santa Fe.