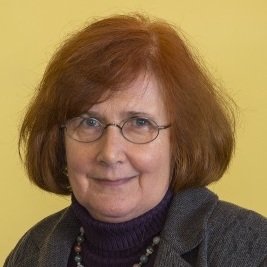 Barbara Dancygier is a Professor in the Department of English, University of British Columbia, in Vancouver, Canada. Her interdisciplinary work combines interests in language, cognition, and multimodal forms of communication.

She obtained her degrees in the Institute of English, University of Warsaw, and was a faculty member there before leaving for University of California, Berkeley, as a Fulbright Scholar. Since joining the faculty of the University of British Columbia in 2002, she was awarded a Killam Research Prize in 2011, and was a Distinguished Scholar in Residence at the Peter Wall Institute for Advanced Studies in 2012/13.

Professor Dancygier’s research interests focus around cognitive explanations of how meaning emerges in human interaction with various forms of communication. She has published broadly in cognitive linguistics, cognitive narratology, and cognitive poetics. Her recent work has been interdisciplinary, bridging gaps between language, cognition, and the studies of visual artifacts, materiality, embodiment, and performance. She has published three monographs and three edited volumes. In two of the monographs (one of them in co-authorship with Eve Sweetser) Professor Dancygier developed a new approach to conditionals, which focused on the correlation between formal and conceptual components; she studied linguistic forms to uncover how language users represent their epistemic states and levels of uncertainty in dealing with everyday reasoning about events and causal relations.

In 2012, she published a monograph on the meaning emergence in narratives (The Language of Stories, Cambridge University Press), arguing for a new explanation of how readers come to understand works of fiction. The monograph develops a cognitively-based definition of viewpoint, and proposes a number of viewpoint-related mechanisms which underlie comprehension of texts. Professor Dancygier treats conceptual viewpoint as the foundation of meaning, while also developing a bottom-up approach to fiction, wherein local, low-level linguistic choices participate in the overall understanding of the narrative.

In recent years, Professor Dancygier has continued to build a theory of conceptual viewpoint as a general cognitive mechanism, applicable in theorizing meaning in various contexts, such as literature, political discourse, theatre, street art, and visual forms of online interaction. Her work ranges over a number of examples, from poetry, through theatre and film, to the study of Internet memes and graffiti art. Overall, her current work aims at a coherent theoretical account of viewpoint phenomena in multimodal forms of communication (combining language, image, performance, gesture, etc.).

Professor Dancygier’s work has attracted attention of scholars in linguistics, poetics, theatre studies, and literary studies. She presented a number of plenary addresses at various conferences, and published invited papers in numerous volumes and handbooks on the study of meaning. She is also a member of editorial boards for two journals (Language and Literature and English Text Construction) and two book series (Human Cognitive Processing, John Benjamins Publishing Company, and Cognition and Poetics, Oxford University Press). Currently she is working with a group of collaborators to establish a Centre for Cognition, Art, and Multimodality at the University of British Columbia.

At the IAS, Professor Dancygier will be developing an approach to what counts as evidence of specific cognitive processes in theoretical studies of multimodal artifacts. She will be working with colleagues in the Department of English, especially in connection with the Cognitive Futures in the Humanities Project.