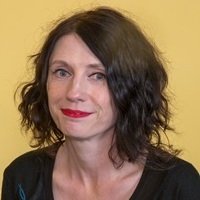 Claire Langhamer is Professor of Modern British History at the University of Sussex. Her work deals with the diverse ways in which ordinary people negotiated modernity in the twentieth-century. She is particularly interested in the intersections between the social, the cultural and the emotional and she has developed innovative methodologies to further interrogate this relationship. Her doctoral research was conducted at the University of Central Lancashire. Since beginning at Sussex in 1998 she has developed a research interest in the Mass Observation Archive – of which she is a Trustee – and has situated her work more firmly within the history of emotions.

Professor Langhamer’s book on twentieth century love, The English in Love: The Intimate Story of an Emotional Revolution, was published by Oxford University Press in 2013 and was widely reviewed. It was a book of the week in The Times Higher and in The Sunday Telegraph and was nominated for the 2014 Spears Book Awards. She has published articles relating to this project in Historical Journal, History Workshop Journal, Cultural and Social History and L’Homme. European Journal of Feminist History. Her first book, Women’s Leisure in England, 1920-1960 has influenced approaches to leisure within, and beyond the field of history and is cited as a key framework for further research. Articles and chapters on other aspects of everyday life and emotional culture include pieces on the meanings of home; gender and pub culture, the emotional economy of capital punishment and happiness in 1930s Britain.

From2010 until 2014 Professor Langhamer was co-editor of Twentieth Century British History. She is now on its advisory board. She is also on the editorial boards of Women’s History Review (for which she also acted as book reviews editor) and History of the Family: an international quarterly (which she also edited). She was an output assessor for the REF 2014 History Panel. With Claudia Siebrecht (Sussex) and Lucy Noakes (Brighton) she organised a funded conference on War: An Emotional History which took place in July 2014 at the British Academy in London. Between 2009-2011, she ran an ESRC funded interdisciplinary research seminar – Women in the 1950s – with Dr Penny Tinkler (Manchester) and Dr Stephanie Spencer (Winchester). Professor Langhamer’s engagement work includes appearances on television programmes on BBC1, BBC 2, BBC4 and ITV1 and radio programmes on BBC Radio 3, Radio 4, the World Service and the BBC Russian Service. She also delivered a number of public talks about the English in Love.

Professor Langhamer is currently working on three projects. WithHester Barron (Sussex) she is analysing a set of essays written by children in Bolton in the 1930s which form part of the Mass Observation Archive. They hope to access children’s emotional cultures as well as their senses of time, space and place. Her current book project explores the emotional economy of work. It explores feelings about work, exploring the impact of changing notions of the self and of self-fulfilment on developing worker identities. It considers both the gendering and the professionalisation of emotional labour and seeks to explain the rise of emotion management and management through emotion within the modern workplace. Finally, she is working on a project which considers the place of experience and emotion within civil society in the immediate aftermath of the Second World War. Where, and with what impact was the evidence of experience deployed in order to make claims for a public voice? She will complete elements of this work whilst at the IAS in Michaelmas term 2015.