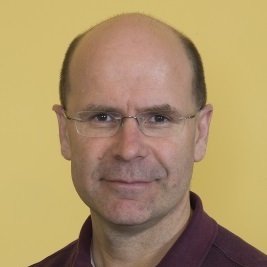 George Williams AO is the Anthony Mason Professor, a Scientia Professor and the Foundation Director of the Gilbert + Tobin Centre of Public Law at the Faculty of Law, University of New South Wales in Sydney, Australia. As an Australian Research Council Laureate Fellow, he has been engaged in a five year international project on anti-terror laws and democracy. He has held visiting positions at Osgoode Hall Law School in Toronto, Columbia University Law School in New York and University College London.

Professor Williams has written and edited 34 books, including Australian Constitutional Law and Theory, The Oxford Companion to the High Court of Australia, Human Rights under the Australian Constitution and Global Anti-Terrorism Law and Policy. He has appeared as a barrister in the High Court of Australia in a number of cases over the past two decades, including in matters on freedom of speech, freedom from racial discrimination and the rule of law. He has also appeared in the Supreme Court and Court of Appeal of Fiji, including on the legality of the 2000 coup.

He has served on a number of public inquiries. As chair of the Victorian Human Rights Consultation Committee in 2005, Professor Williams helped bring about Australia’s first State bill of rights, the Victorian Charter of Human Rights and Responsibilities. In 2007 he chaired a NSW Government inquiry into Options for a New National Industrial Relations System that produced the historic referral of State industrial power over the private sector to the Commonwealth. He also served on a High Level Advisory Group on Federal-State Relations to former Prime Minister Kevin Rudd MP. More recently, he was a member of the NSW Government’s Panel to Examine Recall Elections and assisted the Northern Territory in its attempt to become Australia’s seventh State as a member of its Constitutional Convention Committee.

He was made an Officer of the Order of Australia in 2011: ‘For distinguished service to the law in the fields of anti-terrorism, human rights and constitutional law as an academic, author, adviser and public commentator.’

While at the IAS at Durham, Professor Williams will be working the following issues: