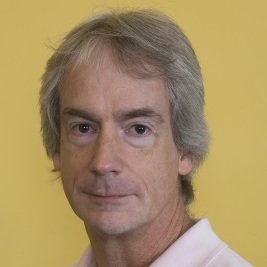 James E. Gardner is a Professor of Geology in the Jackson School of Geosciences at the University of Texas at Austin, the flagship university of the University of Texas system. His research program broadly aims to understand the causes and consequences of explosive eruptions of volcanoes. In particular, he investigates the dynamics of magma storage beneath volcanoes before eruption, the kinetics of gas bubble formation that drives eruption, and the deposition of volcanic material on the Earth’s surface during eruption. Each process must be understood before integrated models can be developed to forecast eruptive behavior and mitigate the hazards associated with them. Because most processes that occur during eruptions take place within the Earth’s crust, they cannot be observed directly. As a consequence, a major aspect of Professor Gardner’s research is simulating magmatic and volcanic processes using laboratory experiments. Such experiments involve taking natural volcanic materials and subjecting them to magmatic pressures and temperatures, often reaching pressures of more than 1,000 times atmospheric pressure and temperatures over 1000 degrees Celsius, and comparing the products to natural pumice and ash.

Professor Gardner has authored or co-authored more than 180 peer reviewed papers and abstracts focused on understanding the dynamics of volcanic eruptions and the eruptive histories of volcanoes. Recent contributions on the generation of bubbles in magmas, the storage rhyolite magma before eruption, and the collapse of eruption plumes to form pyroclastic flows have been published in leading geoscience journals such as Geology, Journal of Volcanology and Geothermal Research, Geochimica Cosmochimica Acta, and Contributions to Mineralogy and Petrology. He also recently co-authored a chapter called “Timescales of Magma Degassing“, which describes the nucleation and growth gas bubbles in magma and the loss of gas during eruptions, as part of the book “Timescales of Magmatic Processes“, published by Wiley-Blackwell. Professor Gardner also serves as Associate Editor for the journal Bulletin of Volcanology, the leading international journal devoted to research on volcanoes and their eruptions.

Professor Gardner has been a Visiting Research Scholar at the Universidad Nacional Autónoma de México, in México City, where he helped establish the first volcano experimental laboratory in Latin America. He has also served on the staff of the Alaska Volcano Observatory. In 2002, he won the Wager Prize from the International Association of Volcanology and Chemistry of the Earth’s Interior, which is given to a scientist up to 15 years after Ph.D acquisition, who has made outstanding contributions to volcanology. He was awarded an Alexander von Humboldt Fellowship in 1995.

While at the IAS at Durham, Professor Gardner plans to collaborate with the staff in the Department of Earth Sciences to integrate his research findings with numerical and physical models of magma fluid dynamics. In particular, he will undertake collaborative research with Senior Lecturer Ed Llewellin to link experimental findings with numerical models to investigate the behavior of gases in magma as it rises to the Earth’s surface.