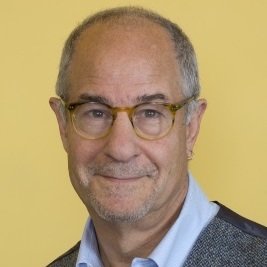 
Ted Gup is a Boston-based author, journalist, and professor. He has written widely about government and public institutions, and is recognized as an authority on the subject of secrecy and its impact on democracy. For many years he was an investigative reporter with The Washington Post on Bob Woodward’s project team. There he wrote more than 100 front-page stories for the Post. His work has been recognized as a Pulitzer finalist in national reporting and was honored with the George Polk Award, the Worth Bingham Prize for investigative reporting, the Gerald Loeb Award, and other awards. He later covered Congress and the environment for Time Magazine and was its Washington investigative reporter. His work has appeared in a wide array of publications including The New York Times (he is a frequent contributor to the op ed page,) the Nation, Smithsonian, National Geographic, Sports Illustrated, the Harvard International Journal of Press and Politics, Slate, National Public Radio, and The Chronicle of Higher Education.

Since 2000 he has published three books of nonfiction. The first was “The Book of Honor: Covert Lives and Classified Deaths at the CIA.” The book was a New York Times and Washington Post best-seller and won Book of the Year from Investigative Reporters and Editors. In 2007 he published “Nation of Secrets: the Threat to Democracy and the American Way of Life.” The book won the Goldsmith Book Prize from Harvard’s Shorenstein Center on Media, Politics and Public Policy. In 2010, Gup published “A Secret Gift: How One Man’s Kindness – And a Trove of Letters – Revealed the Hidden History of the Great Depression.” The book received wide media attention and favorable critical reviews. It also inspired an orchestral symphony and continues to be selected as a community read favored by libraries and public schools.

Gup has also been the recipient of grants and fellowships in support of his work. He has been a grantee of the McArthur Foundation and has been a Guggenheim Fellow, as well as a Fulbright Scholar to China. In 2003 he was a fellow of Harvard’s Shorenstein Center (where he focused on press coverage of the CIA) and in 2012, a fellow of Harvard’s Edmond J. Safra Center in Ethics (where he examined Congressional partisanship and oversight.) He has taught at Georgetown University, Johns Hopkins, the University of Maryland (as William Randolph Hearst Visiting Professor) Case Western Reserve (as the Shirley Wormser Professor of Journalism,) Emerson College (as Professor and Department Chair,) Boston College and the Chinese Academy of Social Sciences (as a Fulbright Scholar.) In the fall of 2016 he will be a Visiting Professor at Brown University.

He has been an invited speaker at US presidential libraries, the National Archives, the Smithsonian Institution, The International School of the United Nations, the Defense Intelligence Agency, the Asia Society, the Fulbright Commission, and universities and professional societies in the US, and abroad (including Australia, China, Taiwan, France and India).

At the IAS, Gup will be exploring his long-time interest in the nature of facts vs. evidence, and how the erosion of a commonly agreed upon set of facts fuels partisanship, undermines the rudiments of governance, and threatens both democracy and societal cohesion. He is particularly excited about working with Durham faculty members and IAS fellows in gaining an interdisciplinary view of the matter.