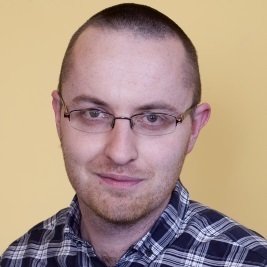 Dr Ben Anderson is a lecturer in Human Geography at Durham University. Before arriving at Durham, he completed a PhD in 2004 at Sheffield University under the supervision of Professors Peter Jackson and Gill Valentine. His programme of work during the IAS fellowship will make a high profile contribution to the renewed popular and social science interest in hope, developing from his previous work on spaces of hope and hopefulness. Specifically, during the fellowship he will explore how hope is lived, governed and theorised, in order to disrupt the all too common claim that Western societies live in an age of anxiety or culture of fear. Attending to hope will enable him to explore how anticipatory relations with the future seize possession of the future, and how we might learn to care for, welcome and invent better futures. His aim in the fellowship will be to draw out the disruptive challenges that thinking the future poses to our extant concepts, sensibilities, and methods. With this in mind, he is also leading one of the 2010/11 subthemes – Theorising the future – which has gathered together an interdisciplinary group of scholars to understand differences in how ‘the future’ is conceptualised in its interrelations with the present and past.

This proposed programme of work develops from Dr Anderson’s existing research interests focused around experiencing, governing, and knowing the future. Most recently, this has involved ESRC funded research that unpacks the invention, formalisation and deployment of anticipatory techniques, specifically scenarios and exercises, in ways of governing the future. Previous research opened up a novel research agenda on the geographies of hope, and developed an account of utopianism as a practice of invention that inhabited the cusp between present and future. His research is underpinned by two novel theoretical moves, both associated with the development of non-representational theories in human geography. First, an attempt to think a dynamic, creative and mobile sense of materiality that is open to the future as difference, disruption and divergence. Second, and closely linked, an attempt to theorise affect as an opening to a space-time of contingency within everyday life, in a way that made room for the presence of the future. These theoretical interests are brought together in a recently published edited collection entitled Taking-Place: Non-Representational Theories and Geography (Ashgate, 2010). In addition to a large number of research papers in journals such as Progress in Human Geography, Antipode, Society and Space, Geoforum and Environment and Planning A, the different strands of Dr Anderson’s research are drawn together in a theoretical monograph entitled A Politics of Affect and Emotion, to be published in 2011 (Ashgate). This research has been funded by the ESRC, British Academy, and RGS-IBG, led to invitations to join international editorial boards (Social and Cultural Geography and Emotion, Society and Space), high profile contributions to interdisciplinary readers on affect and emotion, and numerous invitations to speak at international seminars, workshops, and conferences.