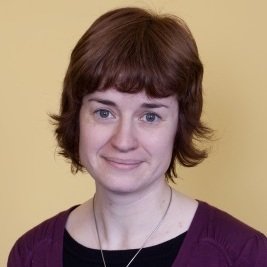 Dr Kathryn Banks is currently Senior Lecturer in French Literature in the School of Modern Languages at Durham. She received her PhD from the University of Cambridge (2006), and was also a Kennedy Scholar and Visiting Fellow at Harvard University (2003-4), and a pensionnaire étrangère at the Ecole normale supérieure in Paris (2002-3). Before taking up her post at Durham University (2006), she was Lecturer at King’s College London (2004-5).

Dr Banks’s main area of research lies in French Renaissance literature and culture. Her interests are interdisciplinary, touching upon histories of science, theology, and politics, as well as literature. Long-standing concerns include the roles played by language, style and genre in the shaping of knowledge; the relationships between literary and non-literary texts; and the roles which literature can play in understanding the past and its configurations of knowledge. Dr Banks’s 2008 book, Cosmos and Image in the Renaissance (Legenda), argues that the functioning of linguistic images in some poetic discourses made possible particular conceptual inflections of questions about what it meant for God to ‘image’ himself in man, or for the ‘microcosm’ to ‘image’ the ‘macrocosm’; in other words, some poetic works could ‘think’ about commonplace theological or ‘scientific’ material differently from the ways in which the more usual objects of the history of science or theology did. (See http://www.mhra.org.uk/cgi-bin/legenda/legenda.pl?catalogue=b9781905981922.) Other recent publications explore relationships between literature and philosophy; concepts of literary creation and imitation; and metaphor. (See https://www.dur.ac.uk/mlac/french/staff/display/?id=3326).

During her IAS Fellowship, Dr Banks will develop the intellectual framework of a major project on literary apocalypses. The project will interrogate the functions of apocalyptic discourses (why apocalyptic stories are told, rather than what particular story is told) and the roles played by fiction, poetry, and the visual. Focusing in particular on the French Wars of Religion, Dr Banks will explore her idea that ‘literary’ texts occupy a distinctive position in the landscape of apocalyptic discourses in the Reformation, and that they can shed new light on the varied (political, theological, and natural-philosophical) functions which the apocalyptic can serve. Dr Banks has explored this topic through a number of talks given in 2010, in Oxford (University of Oxford Early Modern French Seminar), Paris (at the Observatoire for the Livre Scientifique project), and Venice (at the Renaissance Society of America conference). She will also pursue this research as part of the Terence Cave International Balzan Seminar on ‘Literature as an Object of Knowledge’.

Dr Banks will also contribute to the IAS ‘Futures’ theme as organiser of the seminar series, ‘Apocalypse Now and Then’. The themes of the series are cognate with her individual research project: speakers have been invited to explore, firstly, the functions of apocalyptic depictions, and, secondly, their relationship to particular sorts of language and image, such as metaphors and fictions, pictures, performances, and poems. The objects analysed will range from the early medieval to the modern periods, encompassing topics as diverse as modern ‘last man’ narratives, medieval cartography, Islamic literature, Newton’s Principia Mathematica, and the Anglo-Saxon Ruthwell Cross. Finally, Dr Banks has also devised a panel – on apocalypse – for the IAS-sponsored ‘No Futures’ conference.