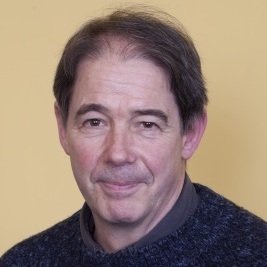 In addition, he is Co-Director of The Prince of Wales’s Business and Environment Programme which runs Seminars for senior executives around the world. He is a Non-Executive Director of Wessex Water, and of Willmott Dixon Holdings. He is a Trustee of the Ashden Awards for Sustainable Energy, and is involved in the work of many NGOs and charities as Patron, Chair or Special Adviser.

Jonathon’s involvement in the Green Movement started in the mid-1970s, when he joined the Green Party – he is still a member today. At that time, he was teaching English and Drama in a comprehensive school in West London, after being educated at Eton and Magdalen College, Oxford, where he studied French and German. He spent a lot of time travelling in those days, as the family was living in New Zealand between 1967 and 1973. His father was an eminent surgeon and athlete.

Jonathon became co-Chair of the Green Party in 1980, a position which he held until he took over as Director of Friends of the Earth in 1984. The next six years provided the foundation for the rest of Jonathon’s career, as they coincided with a huge surge in interest in environmental issues. In the years after that, he wrote a number of books (including ‘Save the Earth’, at the time of the Earth Summit in Rio de Janeiro in 1992, which sold more than a million copies) and fronted various television series.

In July 2000, he was appointed by Tony Blair as the first Chair of the UK Sustainable Development Commission, a position which he held for nine years. The SDC is the Government’s principal advisory body on all matters relating to sustainable development and acts simultaneously as the ‘watchdog’ of the Government’s performance – a role which led inevitably to some confrontational encounters with Government Ministers! He is still involved in a number of political initiatives today.

His latest books are Capitalism As If The World Matters (Earthscan, revised 2007), Globalism & Regionalism (Black Dog 2008) and Living Within Our Means (Forum for the Future 2009).

Jonathon received a CBE in January 2000 for services to environmental protection.