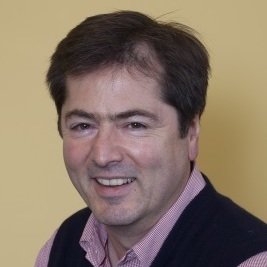 Barry Dainton holds a BSc from City University London and a DPhil from Oxford; his research thus far has mainly been in metaphysics and the philosophy of mind; he is currently Professor of Philosophy at the University of Liverpool.

Dainton’s Stream of Consciousness (Routledge 2000) is an attempt to characterize the structure of ordinary experience, focusing on the unity and continuity of consciousness, the nature of phenomenal space and time, and the varieties of experiential interdependence. In the Psyche symposium devoted to the book Antti Revonsuo observed: ‘This is one of the best and most original books on consciousness that I have read for a long time. …. A book titled Stream of Consciousness easily raises high expectations, since it immediately brings to mind the classical writings of William James. I must say that at first I did wonder whether the book (or indeed any book) could fulfil such expectations. Now, after reading the Stream of Consciousness I am pleased to say that its content fully justifies the grand title.’ Dainton’s second book, Time and Space (Acumen 2001) provides a comprehensive survey of the central metaphysical debates concerning the existence of space and the passage of time. It too was warmly received by reviewers, with Robin Le Poidevin describing it as an ‘immensely rich and informative discussion [that] should be on all space and time reading lists, both for philosophers and for physicists.’ Dainton’s most recent book, The Phenomenal Self (2008, OUP) is full-scale elaboration of an experience-based account of the self and personal identity. In his review in the TLS, Raymond Martin describes it as ‘not only unusually rich in its discussions of phenomenology and questions about the self, but also impressively honest. … Dainton has many insightful and important things to say. The bottom line is that anyone interested in such issues could not fail to learn a great deal from his lucid and ingenious arguments and proposals.’

Dainton reviews regularly for the Times Literary Supplement; he has been serving on the national executive of the Aristotelian Society (2007-10), and in 2006 was a visiting fellow at the RSSS (Centre for Consciousness), Australian National University, Canberra. He has recently been working on an expanded second edition of Time and Space, and carrying out research for a substantial entry on temporal consciousness for the Stanford Encyclopedia of Philosophy. He intends to continue his research into time-consciousness during his stay in Durham.