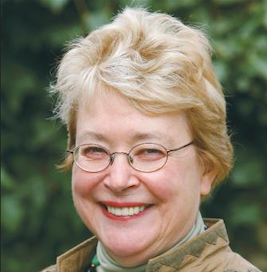 Mary Carruthers studies memory training and rhetorical practices of the Middle Ages, in universities and monasteries, in clerical and court cultures, focussing in particular on compositional and performative practice in the arts of the twelfth through the mid-fifteenth centuries in Europe. Her work has been fruitful to scholars in a number of other disciplines besides literature, including cultural history, comparative religion, the history of psychology and education, art and architecture history, and musicology. She has worked as well with professional ‘memory artists,’ film critics, and experimental psychologists. In 2005 she co-authored with a neuropsychologist a ‘Comment’ for the scientific journal Nature. Its subject was how human memory should be understood biologically to ‘look two ways’, to the past and to the future, an idea most appropriate to the theme chosen by the IAS for 2010-11.

Born in southern India of medical missionary parents and educated there as a child, she came to the United States as a teenager, settling with her family in Manhattan. She received her BA from Wellesley College (1961) and her PhD from Yale (1965), in English language and literature, though her work now is mainly with Latin materials. She is Remarque Professor of Literature at New York University, where she has taught since 1991. She served as Chair of her department (1998-2000) and as Dean for Humanities in the Faculty of Arts and Science from 2000-2004. In 2005-2006, she was George Eastman Visiting Professor and a Fellow of Balliol College at Oxford. From 2007-2009 she was a Fellow of All Souls College, Oxford. She retains her affiliations with both colleges, and now divides her time between Oxford and Manhattan.

Her early publications were on Middle English literature, centered mostly on Chaucer and Langland. Since the mid-1980’s she has increasingly turned her attention to medieval rhetoric and the arts of memory, beginning with The Book of Memory (Cambridge, 1990). This was followed by two related studies, The Craft of Thought (Cambridge 1998) and an anthology of translated materials, The Medieval Craft of Memory, co-edited with Jan Ziolkowski (Pennsylvania 2002). The Craft of Thought dealt with memory training and meditation in monastic culture, and its influence on manuscript books and architecture; The Book of Memory dealt with memory training and composition technique in university and scholastic culture, especially influenced by Aristotelian concepts. A fully reconsidered Second Edition of The Book of Memory was published by Cambridge in 2008. Carruthers has published many additional essays on medieval memory practices, and has lectured on aspects of this subject throughout the world. Her work has been translated into Japanese, French, Italian, Spanish, German, and Portuguese. Recently, her interest has turned to medieval aesthetics more generally. She has just published a multidisciplinary collection of essays called Rhetoric Beyond Words: Delight and Persuasion in the Arts of the Middle Ages (Cambridge 2010), and at present is preparing a study of several key concepts in medieval aesthetics.