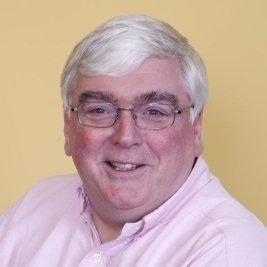 Professor Paul O’Brien graduated from the University of Liverpool in 1975 and took a Ph.D. in Inorganic Chemistry supervised by Professor R.D.Gillard at University College Cardiff in 1978. He is at present the Chair of Inorganic Materials Chemistry at the University of Manchester, a joint appointment between the Schools of Chemistry and the Materials Science. He served as Research Dean at the Victoria University of Manchester (2000-2002) and as Head of the Department and subsequently School of Chemistry through the formation of the new University (2002-2009). He has worked in London at Chelsea, Queen Mary and Imperial Colleges, and as a visiting Professor at Georgia Tech (1995-99).

O’Brien is the recipient of distinguished alumni awards from both Liverpool (Potts Medal) and Cardiff (A.G.Evans Memorial Medal). He received the Kroll Award from the IOMMM for process chemistry in 2007 and the first Peter Day Award of the RSC for Materials Chemistry in 2009. His research centres on developing new chemical processes for thin films and nanoparticles; especially of chalcogenide containing materials. In 2002 he founded Nanoco a company which manufactures nanoparticles which is now listed on AIM (April 2009).

He is active in the RSC leading the Materials Forum (2001-2006) and as a Trustee (Member of Council since 2001). He managed for the Royal Society, a major programme (>£500 K over 12 years) in an historically black South African University (UZULU). He has addressed the Ghanaian Academy of Arts and Sciences on behalf of the Royal Society and has been funded by the RS them to build links with Ghana and Tanzania and now runs major programmes in both countries.

Professor O’Brien is a firm advocate of the promotion of science and engineering: Chemistry President of the BA, a frequent presenter at Café Scientifique, is featured in the Manchester Museum of Science and Industry with which Professor O’Brien works.

O’Brien has lectured widely at venues as diverse as the Royal Society, The Victoria and Albert Museum, the Institute of Contemporary Arts and for the Manchester Literary and Philosophical Society. Each year he presents several School’s lectures including a very popular master class on nanotechnology

He has published more than 500 Scientific papers and authored with A.C. Jones The Chemistry of Compound Semiconductor CVD (1997). He has edited many books including a successful series on Nanoscience and Technology for the R.S.C.

In Durham he will be specifically working on a project concerning potential technologies for sustainable energy, especially solar energy.