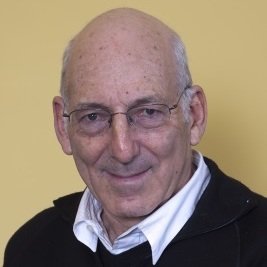 Russell Jacoby was born in New York City and was educated at the University of Chicago, Wisconsin, and Rochester, where he received his PhD working with Christopher Lasch and Georg Iggers. He presently teaches European and American intellectual history in the Department of History at the University of California, Los Angeles. He has taught at numerous universities in the United States, Canada and Europe, including Concordia University in Montreal and Utrecht University in the Netherlands. He has been awarded a Lehrman Fellowship in American Civilization and a Guggenheim Fellowship.

Jacoby has published widely in the areas of history of intellectuals, social thought, psychology and utopianism. He is also an occasional columnist for the Chronicle of Higher Education, and has reviewed books for various periodicals such as The Nation, World Affairs, and Harper’s. He has written seven books and edited one anthology. His books have been translated into ten languages including Slovenian, Serbian, Turkish, Chinese and Korean. His 1987 book on intellectuals, The Last Intellectuals: American Culture in the Age of Academe, which was published in a new edition in 2000, is credited with putting the term “public intellectuals” into circulation. The book was recently translated into Chinese. His 1981 Dialectic of Defeat appeared in Greek in 2009 with a new introduction. His new book, My Brother’s Keeper? An Essay on the Roots of Violence will be published next year.

Jacoby’s work has dealt with the history of psychoanalysis (Repression of Psychoanalysis), Marxism (Dialectic of Defeat), and intellectuals, as well as the crisis in education (Dogmatic Wisdom: How the Culture Wars Divert Education and Distract America). Two of his books take up the vagaries of the utopian tradition (The End of Utopia) and (Picture Imperfect:Utopian Thought for an Anti-Utopian Age). Most recently he wrote for the catalog for an exhibition Utopia Matters that opened in Deutsche Guggenheim in Berlin in November 2009, before moving to the Peggy Guggenheim Collection in Venice in April, 2010.

The End of Utopia-its title alludes to Herbert Marcuse’ Ende der Utopie-is a critical and polemical survey of social thought in the wake of the Cold War. It argues that the utopian tradition has been unfairly burdened with the crimes of Marxism; that the model of totalitarianism has been misused to bludgeon utopian thought; and that the new intellectual currents such as post-modernism and multiculturalism lack a utopian dimension. Picture Imperfect revisits utopian tradition and seeks to separate out two schools, a blue-print and an iconoclastic tradition. The blue-printers, who have been by far dominant, have set out utopia in detail, providing measurements and sizes of utopian buildings and hours to sleep for the inhabitants. The iconoclasts, a smaller tendency, who have tapped Jewish thought that forbids pictorial representations of God, have sketched out a utopia but do not give its exact dimensions. Rather they have sought to to capture the promise of utopia. Here the classic work is Ernst Bloch’s Spirit of Utopia (1918).

During his tenure at Durham, Professor Jacoby seeks to launch a new project, a reconsideration of the contribution of Lewis Mumford (1985-1990), the almost forgotten urban critic and historian whose first book was The Story of Utopia (1922).