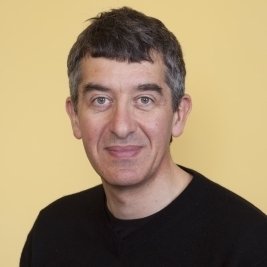 Emmanuel Brunet-Jailly is an Associate Professor in the School of Public Administration at the University of Victoria, British Columbia, Canada. He is Jean Monnet Chair in European Urban and Border policy. Since January 2009, he is the editor of Journal of Borderland Studies (Routledge). His key research areas are comparative urban governance, and the governance of cross-border regions, with a specific focus on comparative decentralization, horizontal and vertical governance, and the theorization of cross-border regions. His interest in urban borderland regions predates his doctoral research at the University of Western Ontario, Ontario, Canada nearly twelve years ago. Since then Dr. Brunet-Jailly has published widely and conducted research field work on border, borderlands, boundaries and frontiers of Canada, the United States, and Mexico; Hong Kong and China; France, Belgium, the Netherlands, and Germany. Over the last five years he has been a guest lecturer/researcher at the universities of Hong Kong, Xiamen and Sun Yat Sen, China, Hokkaido, Japan, Marie Curie/Lublin, Poland, Grenoble and Lille, France, Louvain and Mons, Belgium, Luxembourg, Luxembourg, Lund, Sweden, Radboud, the Netherlands, and Southern Denmark, Denmark.

Dr. Brunet-Jailly has also served as conference chair and program chair of the Border Region in Transition network (2007), conference program co-chair (2008 and 2010) and president of the European Canada Studies Association (2009-2012). He is currently the executive secretary and treasurer of the Association of Borderlands Studies, a large scholarly border studies network with members in over 35 countries.

While at the Institute of Advanced Study, Durham, Dr. Brunet-Jailly will be working on the “Life of the Frontier.” He also intends to finish his monograph titled “Understanding Borders,” and continue work on an encyclopaedia of border conflicts.