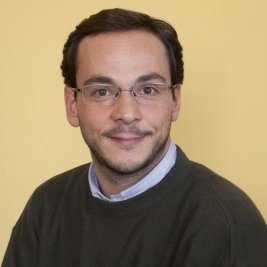 Fabio Zampieri has a degree in Philosophy of Science from Padua University, and a PhD in the History of Medicine from Geneva University. He was a Research Associate at the Wellcome Trust Centre for the History of Medicine in London between 2007 and 2008, and now works at the Padua University Medical School, where he is a Researcher in the Section of Medical Humanities, in which he is involved with the history and epistemology of medicine and bioethics.

Whilst at the IAS, Dr Zampieri will be involved in Durham’s new Evolutionary Medicine programme, in which he will contribute to the contextualising of the contemporary Evolutionary Medicine approach, in particular to the period between 1880 and 1940. He will share his data about the history of evolutionary theories of disease from the first diffusion of Darwinism, and in particular about the problems of genetic pathological predisposition, of the genes-environment relationship, of the evolution of germs and virulence, and of the so-called diseases of civilisation.