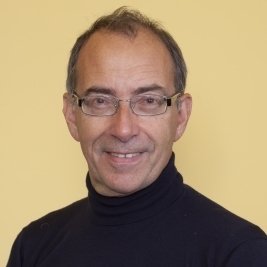 Mr Meredith Lloyd-Evansis a University of Cambridge veterinary graduate and worked in the animal health industry and innovation management before founding a bioscience innovation consultancy, BioBridge Ltd, in Cambridge in 1989. As the envelope of innovation has moved from sector to sector, his consultancy practice has also changed – in the 1990s he worked with industry and government organisations on crop biotechnology, novel foods and new biomaterials; in the early 2000s, bioartificial organs and tissue engineering became a larger theme and since then, industrial biotechnology is a focus. He is also a mentor for entrepreneurial bioscience students and start-ups.

Meredith wrote the ground-breaking report on UK marine biotechnology for DTI, worked in the UK NERC’s BlueMicrobe Knowledge Transfer Network and until August 2009 was a Knowledge Transfer Manager for the UK Bioscience for Business KTN, for which he founded the Marine Bioresources Special Interest Group and the Technology Licensing for Renewables SIG, a joint initiative he devised to involve other relevant Knowledge Transfer Networks and the Licensing Executives’ Society. He has organised, chaired and spoken at numerous meetings on biotechnology and innovation management, including the interface of research and application in marine biosciences and industrial biotechnology.

His work at IAS will build on Durham University’s current work in biomass for renewable energy and examine the social, political and economic aspects of a Bioenergy Future, especially with regard to the use of algae for carbon recycling and energy. In this respect, it is relevant that he will be project manager for a recently funded EU coordination and support action setting the scene for an ERA-NET in marine biotechnology. He also aims to create new strategic links and collaborations for Durham University and help IAS build on the work of previous Fellows.