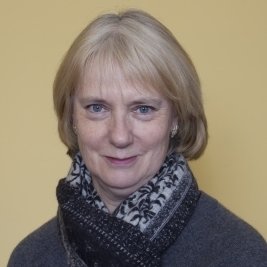 Professor Elizabeth Edwards is an historical and visual anthropologist who has worked extensively in the field of cross-cultural photography, and on the relationship between photography, history and anthropology. She trained initially as an historian at the Universities of Reading and Leicester before moving sideways into anthropology and to photography through her interest in alternative historical forms.

In 2005 she moved as Professor and Senior Research Fellow to the University of the Arts London, in order to work more closely with practitioners, a relationship which has been a major influence on her more recent work of the phenomenological experience of the act of photograph and its place in the understanding of photographs. She has recently taken up the post of Research Professor and Director of the Photographic History Research Centre at De Montfort University, Leicester – new inter-disciplinary and multi-disciplinary space for the exploration of the cultures of photography.

Edwards’ major interest is in the social practices of photography and material encounters with photographs, from patterns of collecting to history of science. She has forged innovative work especially in the field of the material and the multi-sensory photograph, for instance her edited volumes Photographs Objects Histories (2004), Sensible Objects (2006) and paper ‘Photographs and the Sound of ‘History’ (2005). Related to this is her other major contribution in bringing anthropological methods to the history of photography more generally, notably her forthcoming monograph The Camera as Historian: Amateur Photographers and Historical Imagination 1885-1918. She is currently working on projects on photography and evolutionary theory, and continuing her work on materiality and haptics of photography and on the history of collections. She is also leading PhotocLEC, a European HERA-funded project with partners in The Netherlands and Norway, on the photographic legacy of the colonial past in a postcolonial, multicultural Europe.

She has undertaken numerous consultancies, served on the boards of many journals including History of Photography, Visual Studies, Photography and Culture, Journal of the Royal Anthropological Institute, Material Religion and Visual Anthropology Review and reviews for many international research councils. In 2009 she was Visiting Scholar at the Max Planck Institut für Wissenschaftsgeschichte where she worked on the interface between amateur photographers and scientific ideas. She is currently Vice-President of the Royal Anthropological Institute.